Published on December 22, 2020 by theobserver 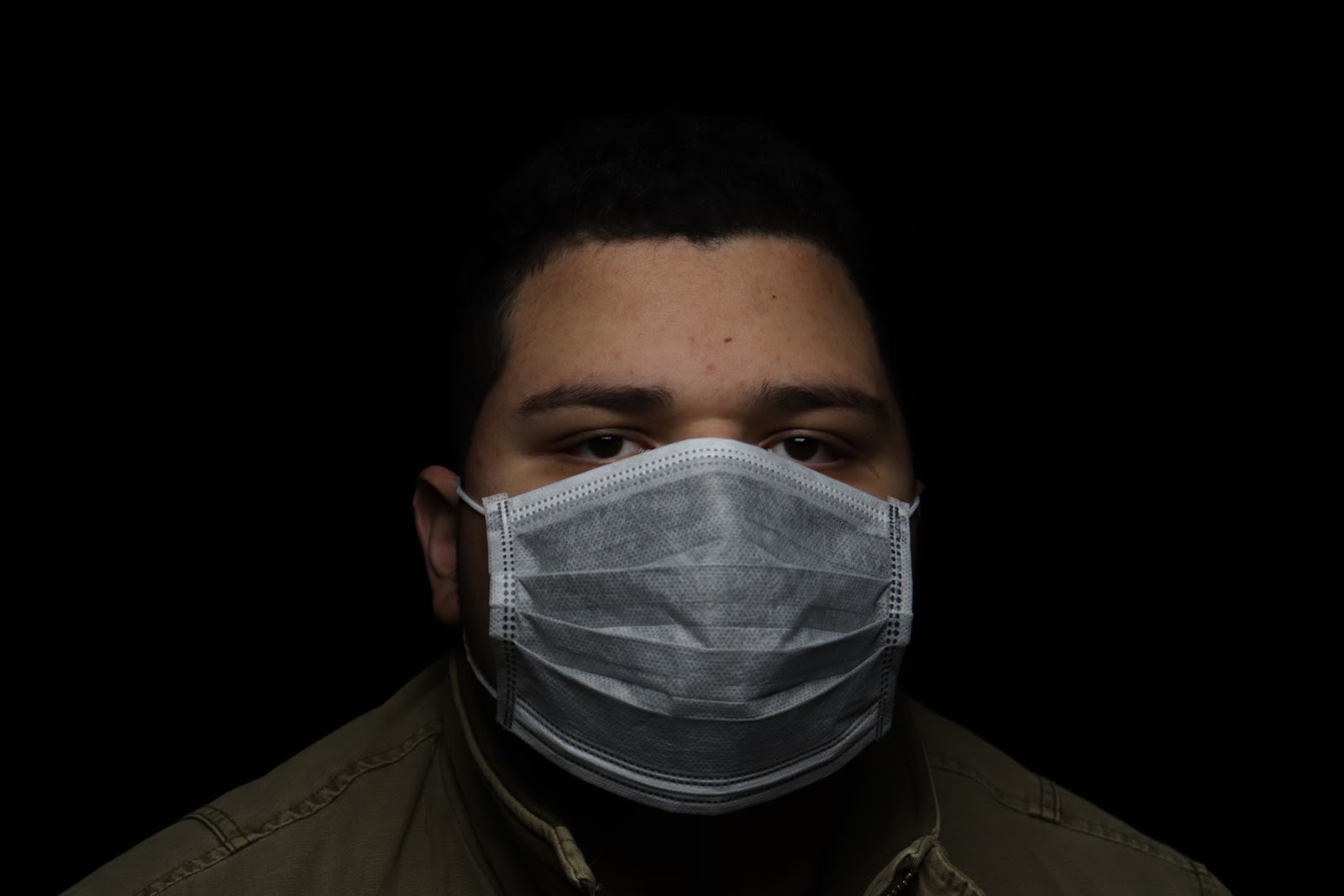 Gabriel De Oliveira hits his alarm for the last time and rolls out of bed, fifteen minutes before his first class that begins at ten in the morning. Normally, he would wake up two hours before his class to wash up, eat a quick little breakfast, and make it to the bus stop on time to get on the bus. However, now after he washes up, he just returns to his room and sits at his desk parallel to his bed where his sheets still lay disheveled from his past night’s slumber. He opens his laptop and clicks a link for a zoom meeting where he logs onto his last first day of college.

He had expected his senior year to be way different than sitting alone in his room, straining his eyes by staring at a computer screen all day. He misses the bustle of the students on the Rutgers-Newark Campus, brought to life by the clamor of the city at its edges. He isn’t able to spend his last year with the people who had helped create his college experience. Disappointed that he can’t make more memories with his friends at school, he remembers, “me and my friends would kick it on the fourth floor of Bradley Hall in between our classes.”

Going to school was not the only thing in his routine pre-Covid. He would dedicate his Saturdays to his friends. They often liked to participate in friendly competition, so they would go bowling, positioning themselves and aiming for the middle of the pins to get as many strikes and spares as they could, or host a FIFA tournament to see whose team would come out on top. Other times they liked to just chill out and go to the mall to watch movies, or go eat at Applebees, or even just spend the day at someone’s house to relax. Every Saturday has dwindled down to once or twice a month in which he now usually just goes to a friend’s house to hangout. He takes extra precaution when going out in fear of contracting the virus, not just for his own safety, but for the sake of his eleven year-old brother, who experiences heart problems.

Oliveira is grateful that he did not have to work this semester because it was less exposure, but moreover, it gave him an opportunity to focus solely on school. His mother encouraged him to do so, knowing how stressful this school year would be. She continues to work, leaving the house anywhere from 6:30-7 a.m. and returning between 5-6 p.m. Although he had more time for school, this also left Oliveira with the responsibility of watching over the house while she is gone. He cleans the house while his mother is at work and he prepares dinner so they can sit down and eat as a family when she gets home. If they are running low on groceries, he will go to the store to restock their shelves, cabinets, and refrigerator.

He also had double the school. Oliveira’s brother is in sixth grade and also is forced to do schooling online due to the pandemic. If Oliveira did not sit through class with him, he wouldn’t be able to complete all of his work. However, some of their class times would overlap. His brother goes to school five days a week, Monday through Friday, but Oliveira had his advanced reporting class at 10 a.m. on Mondays and Wednesdays, and his Journalism Masters class at 1 p.m. on Thursdays. He took it into his own hands to coordinate a schedule outside of his normal class time  with his brother’s teachers so that his brother could catch up and make sure he learned all the missed materials and continue to excel through this odd school year. His brother was born with down syndrome, so his teachers are aware of his limitations and needs. They were very understanding of both Oliveira and his brother’s situations and were able to be flexible in order to keep his brother on track through these unprecedented times.

This semester has taken somewhat of a toll on Oliveira’s mental health, a lingering feeling of sadness loomed over the months like a gray cloud for him as it did many others. He felt as if he wasn’t doing his best: “I feel like I do my best around other students because they motivate me and push me to be better.” Not having the camaraderie may have been the most difficult part for him. Through his years at Rutgers-Newark, he had a lot of the same people in most of his classes and was able to form strong bonds. They were able to talk about and relate to each other’s stress brought on by the classes, and now it is much harder to communicate these shared struggles with one another. The communication between professors and students also added onto this stress because it was harder to get in contact with professors and harder to clarify confusing instructions. Having to learn how to cope with the stress of a pandemic, online school, and personal struggles, Oliveira felt the pressure weigh on him. The more time he spent alone he carried more of the pressure on his back like a backpack being crammed with textbooks one by one till the pressure hit his shoulders.

Oliveira tried to have a proactive approach towards the burrowing sadness brought on by this semester. He had tried multiple things to distract and clear his mind of his stressors; the first thing he turned to was his bible. When he had down time he would play video games such as Madden, FIFA, Call Of Duty, and Grand Theft Auto. He even tried an attempt at learning the guitar again. The first time trying to learn was in 2009 when his aunt bought him an eclectic guitar, and a teacher from his church gave him lessons, but it was too much stress on him so he stopped. He tried again in 2012, then again last year and then lost interest. His guitar sat in his room staring at him waiting to be strummed one more time, so he decided quarantine was a good time to try again.

The down time that came with an online semester also gave him the opportunity to work on his passion. He says, “I love sports, I’ve been writing more about it, thinking about it more critically and analytically, trying to make myself better in order to work closer to my dream.” His inspirations are Steve A Smith and Shannon Sharpe, and he hopes to understand how they look at and analyze each sport. He wants to make a name for himself as they did, with a dream of being able to present sports so that anyone who listens to him, whether they watch sports or not, can learn about it and talk about it. He recently wrote an article about football and handed it over to his friend that knew nothing about the sport. When she finished reading it, he asked her if she had learned anything. One step closer to his dream, she said that yes, she had learned quite a bit.

Knowing that this semester was tough on almost everybody, Oliveira makes sure that he checked in on his friends from time to time. He admits to struggling in approaching how to check up on them because he did not want to come off intrusive. He is still trying to learn a balance of what he feels is too much or too little. However, sometimes he gets responses such as “thank you, you don’t know how much I needed that,” making his efforts feel more than worth it. He is a good, kind, caring, sensitive, and considerate friend. He is well aware that everyone is going through their own struggles: “You never know when someone is in need of a text.”

He also recognizes his professors on a human level as he is aware that they are facing their own personal battles as well. Some professors were noticeably stressed, so it seemed like they did not want to be there online at some points either. He believes that transparency could’ve been better between students and teachers, because everyone should be understanding of each other’s situations regardless of whether you are a student or professor. He noted, “ If I were a professor, I would talk to my students more and check up on them, and ask them what’s going on with them. It felt like a lot of professors didn’t take the time to do that because everyone is going through a lot.” He wishes they talked more on a human level versus as an authority figure. He knows that the professors try their best, “A lot of teachers wanted to balance, sometimes they did too much or not enough.” He believes Rutgers as a University should be doing more to help students manage their mental help through this anomalous semester.

Above his computer in his room, hangs a Brazilian flag to keep him grounded and remind him of his roots. Next to that he has pictures of the people that inspire him most in life, his family. Adjacent to each other are pictures of his grandma and grandpa who live in Brazil. Their picture reminds him that he is doing this for something bigger than him, he is doing it for them. Next to that is a picture of the two most important people in his life right now, his mother and brother. His mom is an inspiration and role model, she never put him down and always pushed him forward. He promised to make her proud after high school graduation, and sticking to his promise, her picture gives him the motivation to keep pushing forward and succeeding.

After a whole semester online, Oliveira doesn’t believe anyone is prepared for another semester like this. He notes that there are so many uncertainties, and although there is a vaccine coming, the chance of it being a smooth semester is unlikely. He started his senior year online and is probably going to finish it the same way. It only hit him that he was going to graduate this year at the end of his first class on the first day when the professor asked who is graduating this upcoming spring. He was saddened knowing that there is a possibility that he won’t be able to get a live graduation: “You work so hard and go through enormous difficulties, and not being able to walk is kinda disappointing.”

The last day of classes was the most memorable and rewarding for Oliveira. “There were a lot of times I just wanted to stop and not care anymore but I kept going and when it was over I was able to take a deep breath and not worry anymore. Now, I have a chance to recharge my batteries.” he professed with relief.