Yemen Crisis: What You Should Know 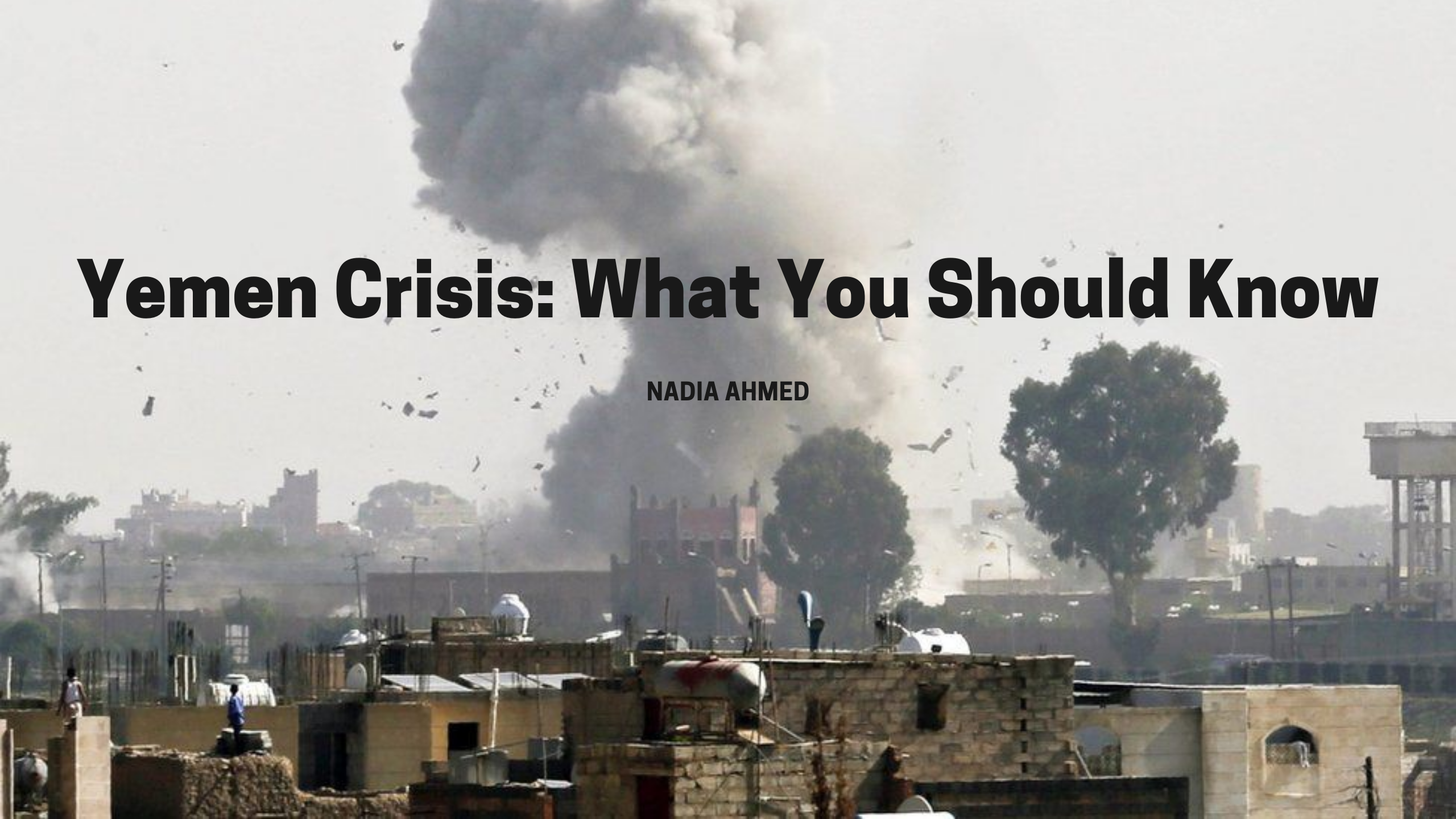 What is the history behind the Yemen Crisis?

Yemen’s crisis originated from the Arab Spring in 2011 in which several countries including Yemen protested against their current government in hopes for a stable political evolution. Thousands of protestors from several cities protested to call on its autocratic president, Ali Abdullah Saleh who held power for 33 years to step down from office. In 2011, after several years of fights and protests, Saleh stepped down and handed power over to his vice president, Abdrabbuh Hadi. After Saleh’s security forces stepped down, the weakened government led to political groups such as the Houthi movement seizing control of cities in the north. Houthi continued to take control over further neighboring states and managed to seize Sanaa in late 2015. Mr. Hadi fled to Aden amidst the takeover in February of 2015 and then fled to Saudi Arabia in March of 2015. Saudi Arabia began an air campaign with the intention of defeating Iran’s influence on Yemen and restoring Mr. Hadi’s government. Although the war was meant to last for a few weeks, the war progressed for years to follow leading to the destruction of schools and hospitals, civilians killed, and millions suffering from acute famine and malnutrition.

What is currently happening in Yemen?

Yemen is undergoing one of the biggest humanitarian crises in the world since the conflict has worsened in 2015 after political groups have seized control of cities and Yemen has been in a constant war within domestic political groups and international groups. According to the UN agency’s data reports, 17.8 million people are deprived of access to safe water and 19.7 million people do not have access to sufficient healthcare. The civilians in Yemen are living under conditions insufficient to sustain life as sanitation and clean water is in a severe short supply and half of the 3,500 nation’s health facilities are ruined by drones and war debris.

What is being done to alleviate the crisis?

Organizations such as Unicef have set programs in place to assist the people of Yemen through humanitarian efforts set in place through the Humanitarian Action for Children’s Appeal. Unicef has provided Yemen with essential personal protective equipment that is needed by frontline workers, as well as sending food and medical supplies to help with the severe famine in Yemen. Unicef is also working to repair schools and medical facilities that have been destroyed as a result of the war and educate children on mines and the dangers of war remain. Other organizations such as International Rescue Committee and Doctors without Borders continue to provide support in parallel especially after COVID-19 left Yemeni civilians in a harsher condition than before.