Published on December 9, 2022 by theobserver 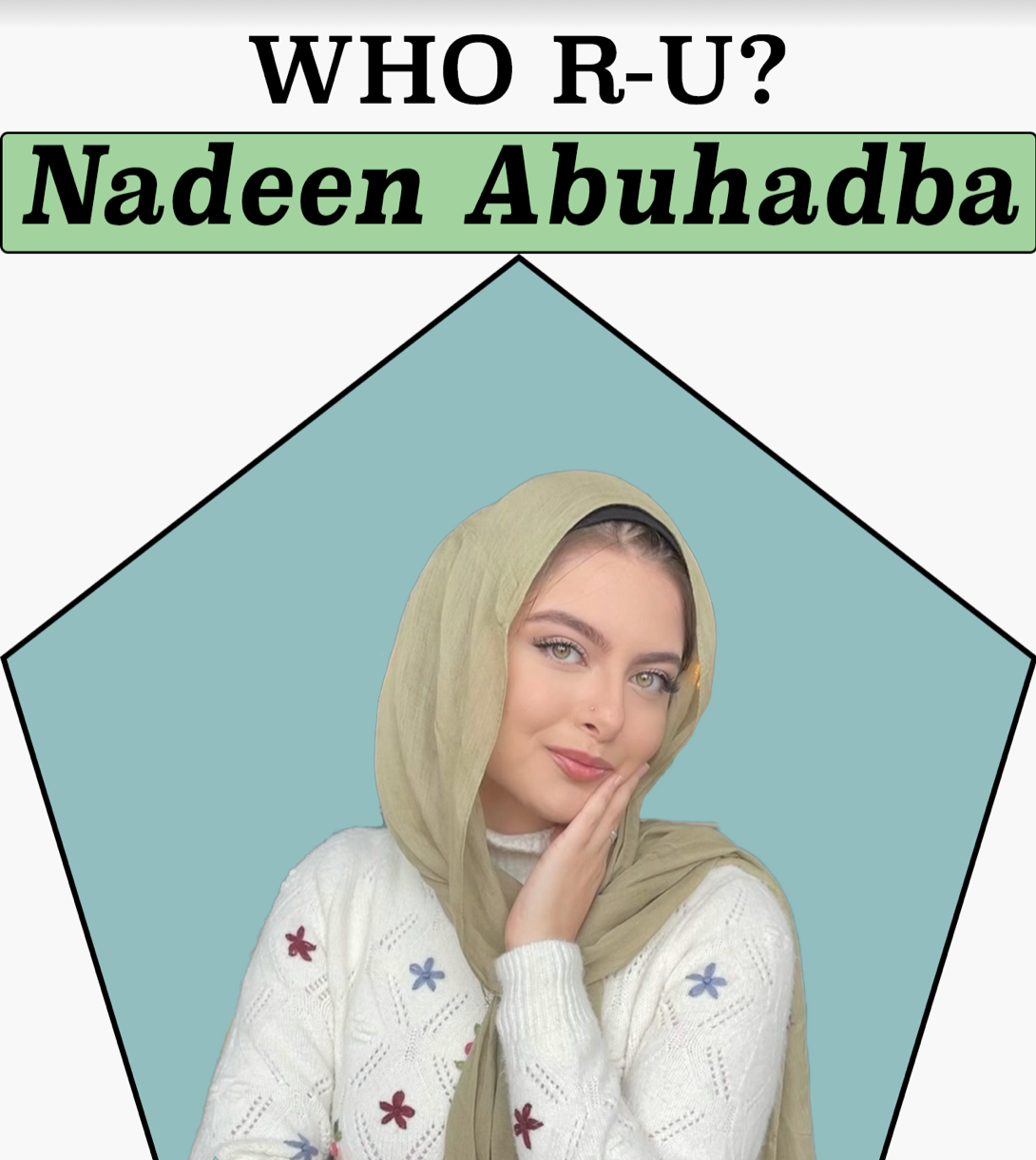 David Horan, Journalist-For Nadeen Abuhadba who is a senior, Neuroscience Major, research lab intern, President of UNICEF, SGA Diversity Senator, and volunteer patient care worker, the path was clear from the start: She was going to be helping people. The only question was how?
“Since I was 14,15, I would just volunteer at my mosque doing food drives and clothing drives, because they were sending these shipments to Syria,” Abuhadba recalled. Her volunteering extended to Islamic Relief USA fundraisers, and she would organize her own Islamic Relief event at her highschool. Here she was surrounded by Muslim women taking leadership roles: “Seeing these Muslim girls in power, helping out with charities and organizations- I dont know, I just wanted to be like them… seeing women in power and realizing, I can be that, I want to be that,” Abuhadba recalled. When she was 17, she began ongoing volunteer work on an ambulance- presently totalling 3,500 hours, and entirely unpaid.
Nadeen joined UNICEF her Sophomore year and quickly became the club’s event manager. By her Junior year, she was already UNICEF’s President: “When I became [UNICEF] President my Junior year-it all stemmed from when I was younger, working with Islamic Relief USA helping with the clothing drives. And now that I can finally have a leadership role myself, I can create my own events? Now I can make a very different type of change.” When I asked Nadeen what her favorite event was, she smiled and told me: “Valentines day, we write letters to kids in Syria, Lebanon, and Palestine. For me, it’s all about the kids…Reading what people say, and then rewriting in Arabic. People put effort into it, 15 minutes just designing a card, just to stop by and make an impact on a kid. We got over 200 cards. It[The event] really understands the UNICEF-USA and UNICEF-RUN goals”. Smiling as she spoke, Nadeen told me UNICEF has raised $1,600 this semester from only two events: Break Your Fast with a Musli, and a basket raffle. Break Your Fast with a Muslim is geared twoards both Muslims and non-Muslims; Muslims so they can break their fast with company, and non Muslims so they could learn about Islam.
Abuhadba’s Palestinian roots are important to her, and she lived in Palestine for two years. The realities of life in Palestine are clearly something she carries daily, reflecting on the differences between life in America and Palestine: “You’re just so privileged here, you have all this clean water, all this food you have access to, you can just walk to the store…You see what everyone, what your family members are going through, it’s super humbling. You always want to go back to your country and give them more, because you’re so privileged in America. All my friends, -Egyptians, Yemenis- they all want to go back to their country and give back.”
Nadeen has faced no shortage of Islamophobic and misogynistic preconceptions: “Being a Muslim woman in power, I think people just don‘t expect much from you. Everytime I present my role, as President as well as Senator, I definitely get shocked faces-’woah, you can do that?’ Especially when I mention my major, Neuroscience and Behavior, the fact that I work- it’s not a flex but people make it seem like a flex. There are a lot of people who are representatives of organizations, who work and have hard majors-but you’re shocked that I’m doing it? It’s definitely something In the back of my mind” The pressure of representation goes deeper. Abuhadba feels as a Muslim woman “You’re representing your religion, and then you’re representing your country, and then you’re representing Rutgers Newark”.
Making connections is an essential part of organizing. For Nadeen, it’s more than just networking: ”I love to learn about other people, other cultures- I don’t assume things from what I see. I go out there, I ask, I talk. Especially because Rutgers Newark is so diverse, you’ll find a person from every single country, every single religion, who will want to talk to you!” Abuhadba told me with tangible excitement. This curiosity has led to many connections, including a particularly close connection to the Coptic Society, “They are absolutely amazing, I put myself out there to talk to them and the message is beautiful. They’re so helpful. If I ever need help on an assignment, they’re there to help me, and I really appreciate that” Abuhadba told me. She further detailed a story of trading culture with a professor, Abuhadba recalled: “I was talking with one professor whose a member of the JVP(Jewish Voice for Peace, a Jewish Palestinian rights group) and he was telling me about the Jewish community, and I was telling him about the Palestinian community-we were really bonding.” It’s this curiosity I found to be a recurring theme throughout all of Nadeen’s stories. As Nadeen eloquently said: “We all have ears for a reason right? We want to know stories, get to hear about your life, that’s the whole point of college… different people, different thoughts, different views.”

(If you’re interested in UNICEF, keep your eyes open for their fundraising Basketball Tournament next semester, and their Raiderlink can be found here: https://raiderlink.newark.rutgers.edu/organization/unicef-at-rutgers-newark.)