Welcome to the New Renaissance (If You Can Afford It) 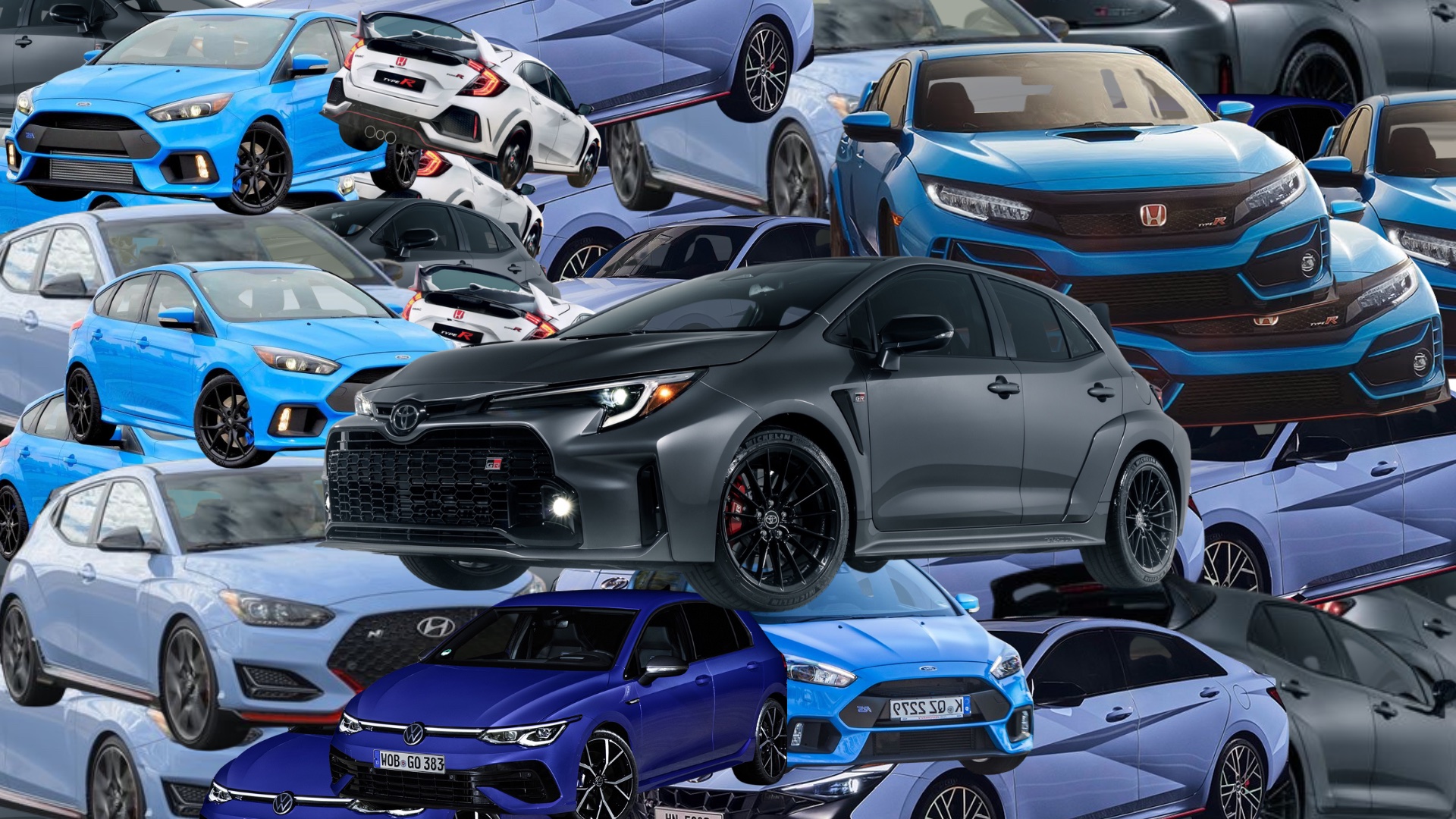 The 1975 introduction of the Volkswagen Golf GTI at the Frankfurt Motor Show was a moment that contemporary automotive journalists would deem a turning point, as VW introduced a type of car that would revolutionize the automobile market—the Hot Hatch. Sports-car like performance mixed with the practicality of a compact hatchback, the Golf GTI would prove to be a sales success for VW, selling them by the millions and attracting a wide range of owners from motoring journalist and “The Grand Tour” star Jeremy Clarkson to Gordon Ramsey (yes, the Gordon Ramsay) ever since it went on sale in 1976.

Today, the segment is known as the sport compact car and remained rather dormant for years, as customer’s demands turned more towards crossover SUVs, electrification, hybrids and alternative fuels, leaving enthusiasts to call on manufacturers such as Ford, Honda, Hyundai and Toyota to revive or release high performance models of their compact offerings.

They responded with glee; Ford released the rally-inspired Focus RS in 2015, Honda brought the race-inspired, European and Japanese exclusive Civic Type R to accompany the Civic Si in America in 2017, while Hyundai released the race-inspired Veloster N in 2019 and followed it up with the Elantra N last year. Only a few days ago, Toyota released the GR Corolla, a high performance Corolla Hatchback tuned by two-time World Rally Championship and two-time 24 Hours of Le Mans champion Gazoo Racing, featuring racing bits such as all-wheel-drive and a specially tuned 300 horsepower rally car engine shoved into it.

What a time to be alive, right? Car enthusiasts like me can revive their Fast and the Furious fantasies, since we didn’t have driver’s licenses in 2002. People like me should be excited, but there are reasons why I am not.

Like most of the things we want or need, money is always the major issue. Pricing for performance offerings of these “cheap and cheerful” compact cars creep onto the territory of offerings from luxury marquees. The Hyundai Elantra N and Veloster N starts at $31,900 and $32,500 respectively, the Honda Civic Type R at $37,895, while the Volkswagen Golf R starts at a dizzying $44,100 – a price that puts the humble Golf next to the base models of the Mercedes-Benz C-Class and the BMW 3-Series.

If that didn’t give you sticker shock, wait until I mention about the despicable practice of dealer markup, where car dealerships put a premium on a certain car due to “scarcity,” taking advantage of the desirability of a certain car to sell to the most automotively down bad with the deepest pockets. The most infamous example took place with the 2015 introduction of the Ford Focus RS, as it met with a lot of hype and buzz, and in response, dealers that took orders of the car added their own dealer premiums of thousands of dollars on top of the $35,900 base price.

Mark “Bark M.” Baruth on his blog The Truth About Cars blames the 2017 discontinuation of the performance model entirely on greedy dealers in an opinion article shortly after Ford’s announcement, stating that “a quick search of online third party sites shows that there are still dealers asking for as much as $20,000 above sticker price for Focuses that are getting damned close to celebrating a birthday.”

This means that these humble, supposedly cheap performance cars, sat in showrooms for a
year with a ridiculous dealer markup, even if they didn’t sell. This is absolutely ridiculous because shady practices like these aren’t limited to Ford dealers. A 2017 Jalopnik article by Stef Shrader documented Alma Bluesummers’ experience with a Texas Honda dealership who refused delivery of a Civic Type R to her unless she paid a $12,000 markup, even though she reserved the car, put down a $1,000 deposit for it and agreed on paper that the car would be sold at MSRP.

Happily, the Civic Type R did not fall down the same path as the Ford Focus RS – Honda is going to release the new one sometime this year. But this begs the question – with the release of the GR Corolla, enthusiasts everywhere are anticipating another pricing premium rodeo with Toyota dealers, who at the same time, have been suffering from chip shortage afflicted shortage of new car stock like most of the industry. To keep this dream alive, should we pay the price?

I hope not, but I hope dealers realize that although the Toyota, Honda or Hyundai that they are selling us can beat sports cars, they shouldn’t be priced like sports cars and more like a Corolla, a Civic, an Elantra; ya’ know, family cars? I’m all in for the next iteration of the hot hatch wars, but I can’t be in unless I get one.