To Stream or Not to Stream: The Accessibility of Theatre

Published on November 11, 2020 by theobserver 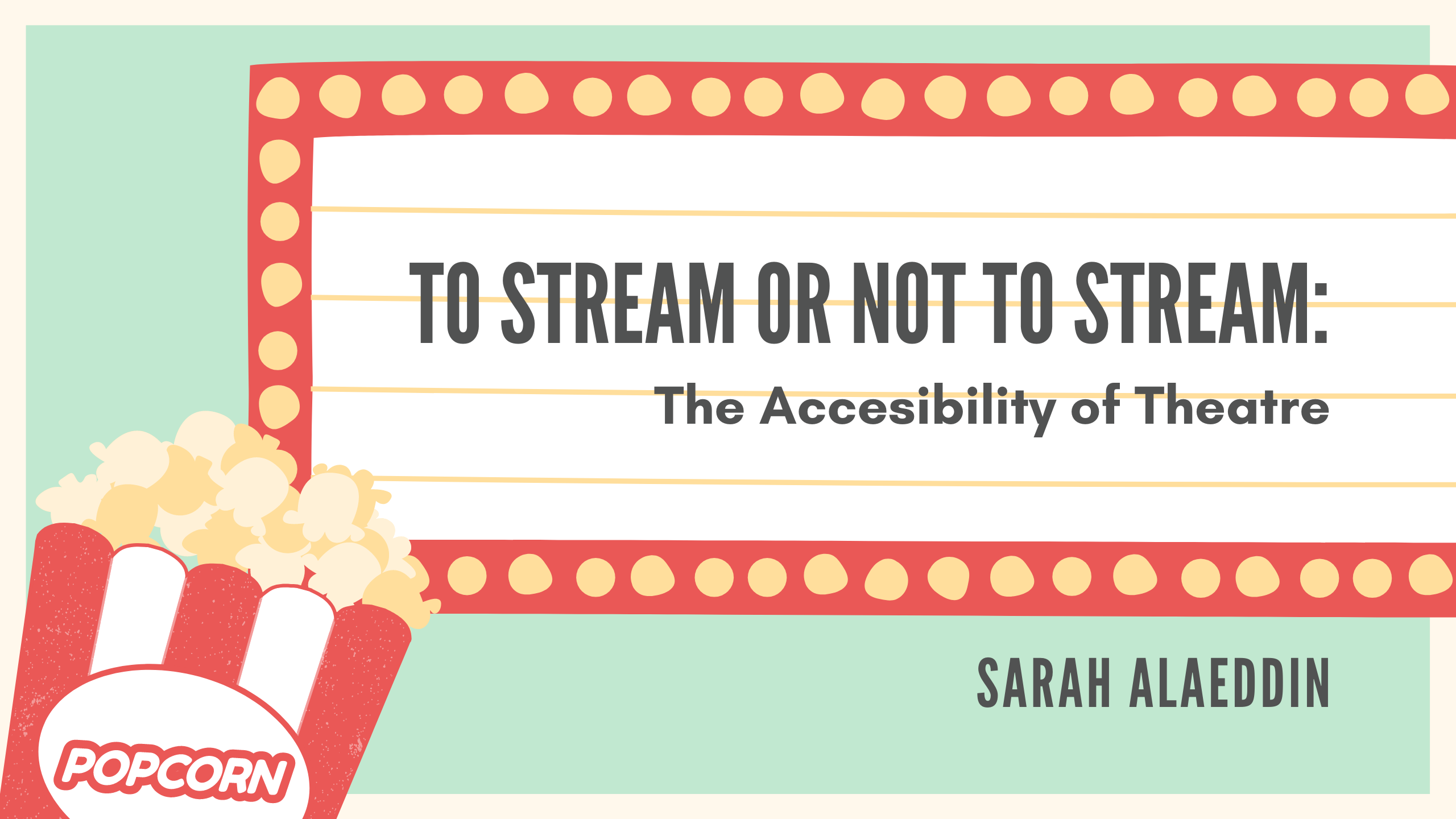 When people think of the theatre, the first thing that generally comes to mind is Broadway. The dazzling lights, choreographed musical numbers, and the devastating price of theatre tickets. Of course, every penny is worth it: any show on Broadway is bound to impress. But why haven’t such wonderful productions been made more accessible to the general public?

It’s not that people aren’t interested in theatre. Plays have caught the eye of people of all backgrounds—especially young people—ever since Hamilton entered mainstream conversations in 2015. There are booming communities of theatre fans over different social media platforms, their interests ranging from Waitress to the Beetlejuice musical.

But if you asked these fans if they’d seen their favorite performances live, they would probably laugh. Fatimeh Bashir, 18 year-old college student and theatre enthusiast, did laugh when I asked her. “I was lucky enough to see Hamilton in 2019. But if I wanted to see every play I was into, it’d be impossible. Shows have limited runs, and that’s if you happened to live near a good theatre, which most people don’t.”

She also added that tickets were expensive and a college student like herself wouldn’t be able to afford it often. People with low incomes struggle to go to the theatre, and when they manage to get there, the shows are very — “white.”

“I think it’s gotten better,” Bashir said over a Zoom call. “A lot of LGBT+ people are involved, and people of color are involved, but in general, the theatre is very white. The only plays I’ve seen live [Hamilton and The Lion King] happened to be gifted with diverse casts, but most plays aren’t like that.”

It can be difficult for theatre fans of color to find representations of themselves onstage. And even more importantly, white people don’t see enough representation of minorities. Hearing stories about people from backgrounds is essential to building a better understanding of people from other races and cultures—an understanding that America desperately needs to work on.

If we need these stories, then how do we make theatre more accessible? It seems that the easiest way is to bring it to streaming platforms.

Disney+ has uploaded a few plays, like Newsies (and, of course, Hamilton) and Netflix has had Rent and Chicago in the past. “I love it,” Bashir said. “It really does open up the idea of theatre. I feel the theatre is usually only seen as a thing only rich people are able to go to, but having it on streaming platforms opens it up to new audiences who didn’t have access to it before.”

At the moment, due to the pandemic, it is unclear when theatres will be able to open as they normally would have in the past. Which is all the more reason to film live performances and upload them to streaming platforms: it could serve as a source of revenue for the theatre. Some have argued that uploading plays to streaming platforms would only decrease the sale of tickets. After all, why go to the theatre when you can watch it at home?

“It’s about the experience,” Bashir emphasized with a shake of her head. “That’s like saying, ‘Why go to a concert when you could listen to Spotify?’ It’s totally different live.”

There is also the fact that people are already watching play performances online: uploaded illegally with a shaky camera, in the darkness of a random seat in the back row. It takes a lot of effort for fans to even find such videos before they’re taken down for copyright violations, so it is very likely that most fans would be willing to pay a few dollars to watch their favorite performances in HD.

Bashir is looking forward to the next time she’ll be able to go to the theatre safely. But in the meantime, it would be nice to watch a cathartic musical number in the comforts and safety of her own home.