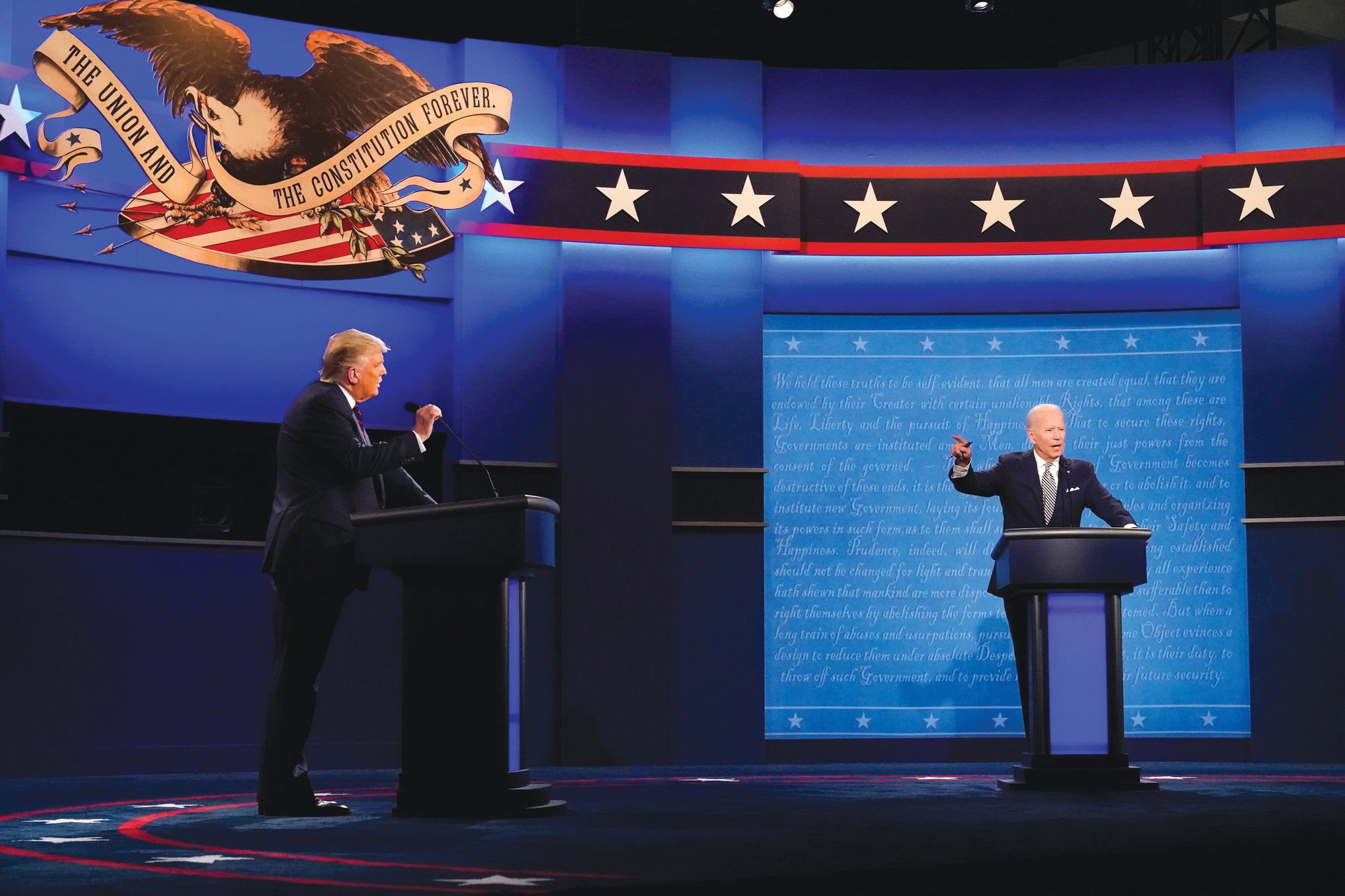 An audience of people wearing red and blue wavered in front of the stage. They slowly faded to black as the spot light increased in front of them making them nearly invisible — it was 8:00. Claps echoed through the room and quickly faded.

Welcomed by moderator Chris Wallace of Fox News, the two candidates of the first presidential debate of 2020 walked on stage, President Donald J. Trump and former Vice President Joe Biden. The debate was very contentious with Trump interrupting Biden’s two-minute response window — leaving Wallace to act more as a mediator than a moderator.

This continued over the span of 90-minutes. Biden tried to maintain composure over the stream of interjections by Trump, often making direct eye contact with the camera, but eventually slightly gave into his emotions.

Biden’s frustration with Trump became apparent when he called him a liar and clown. “You’re the worst president America has ever had,” said Biden

“Shut up,” he interjected at another point.

Biden gripped the sides of the lectern sternly, posturing up right and regained his composure. The anger had now transferred from his face into his hands, turning them from a stark white to a blush red. Trump continued.

The two neglected to stop arguing, making it extremely hard for Wallace to regain control of the

debate. While in a verbal boxing match, Trump and Biden discussed the economy, the coronavirus pandemic, the Supreme Court and race relations. The Commission on Presidential Debates announced Wednesday, that it would add “additional structure” to the remaining face-offs between the two candidates, ultimately saying that, “more orderly discussion is needed.”

Janis Scheiner, a republican from Ohio, walked on stage after throwing her MAGA hat in the trash. While dressed in all red and strongly representing her party, she said she has never voted for anyone other than a Republican, except now Joe Biden has her vote.