The Cost of Education: Deflating the Community College Stigma 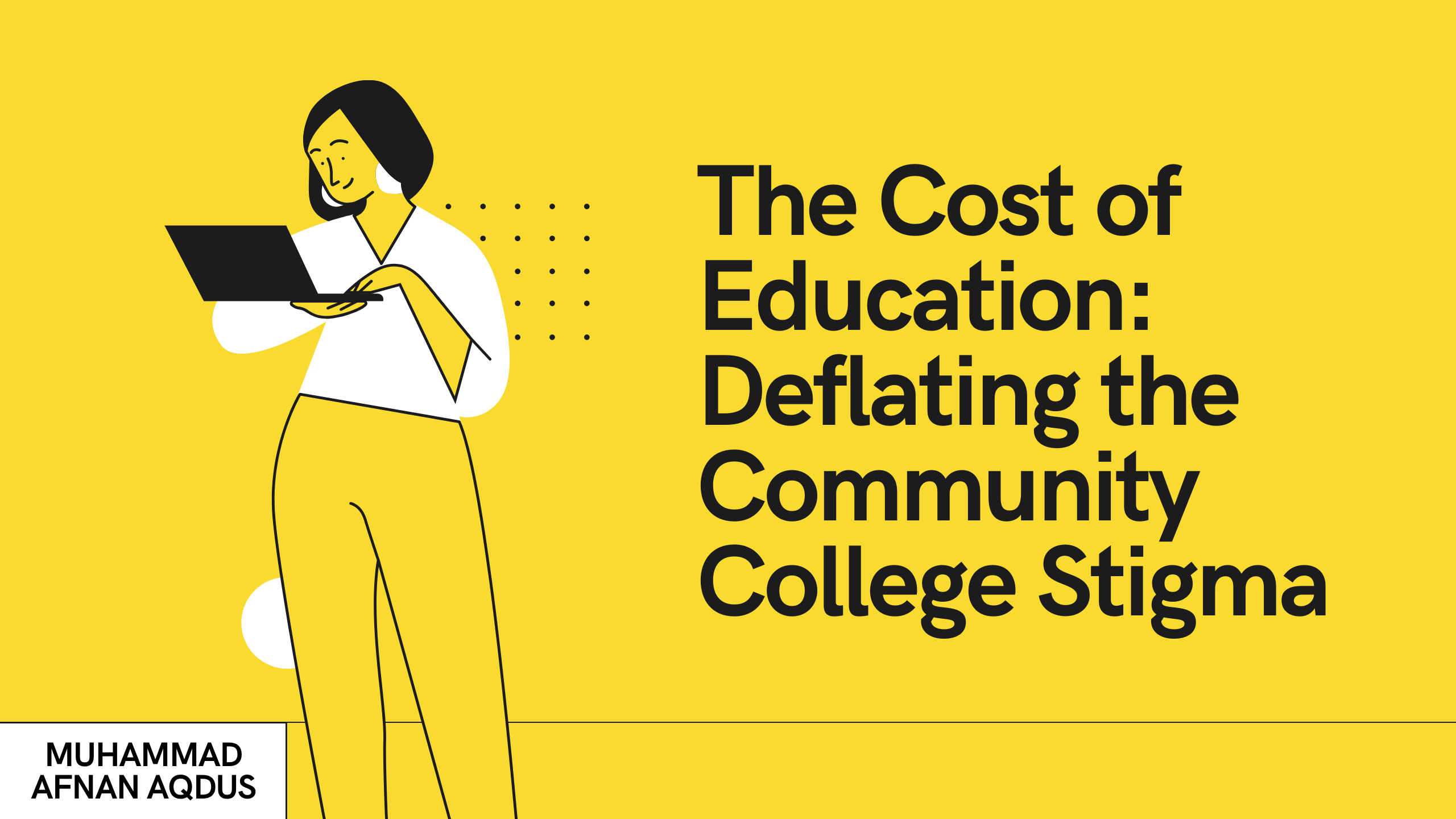 Education has never been so accessible, yet expensive at the same time. While the traditional structure of higher education is still dominant, there are many other ways one can educate themselves online by doing research. Despite this, many still cling to the tried-and-true structure of College to start them on their life path, in hopes that their education will bring them success and financial stability.

When picking a University, many look at factors such as what fields are offered, return on investment, etc. However, what is arguably looked at the most is the cost. This is where community colleges become apparent. In the early 19 century, Joliet Junior College was established, making it the first Community college in the United States. As of 2021, there are over 900 community colleges across the country, providing students with an affordable and less time-consuming path towards their educationand dreams.

Despite the good that community colleges have done for the country by being inexpensive and having less meticulous entrance requirements, there is a dark stigma that has brewed against the concept ever since its inception. That being that Community colleges are for people who cannot succeed in a four-year institution and will be looked down upon by employers. This false information is spouted by school administrators telling high school students that they must go to a University or else they will amount to nothing. On the contrary, according to research done by the US Department of Labor, “those with an associates degree have seen a rise in employment, as over 600,000 Americans found jobs thanks to their degree in the past six months.”

Some of these courses will sometimes lack rigor because they are , meaning higher grades are more common. This means for those trying to do well in school to keep their GPA up and/or go to Graduate school that community colleges can be a smart choice. Students typically transfer into a four-year institution to complete the next 2 years to receive a bachelor’s degree anyways. This means that the majority of the courses intended for one’s major will be taken at the four-year institution while unrelated general education courses will not. Simply put, the argument that the education is inferior does not work at all, especially considering that most students take classes for their intended major at a bachelor’s degree level anyways. Another common myth is that community college education is looked down upon by employers. This also is not valid as going from community college o University and majoring in degrees with high demand skills makes many students in high demand according to the Bureau of Labor Statistics.

Community College should not be seen as an inferior negative option, but rather as a potential opportunity for one to save money, time, and also be able to pursue their education all at the same time. Of course, community college is not for everyone, but vilifying and shaming students for choosing that path is simply incorrect. People of all income classes should be allowed an education and that is what community college has to offer.