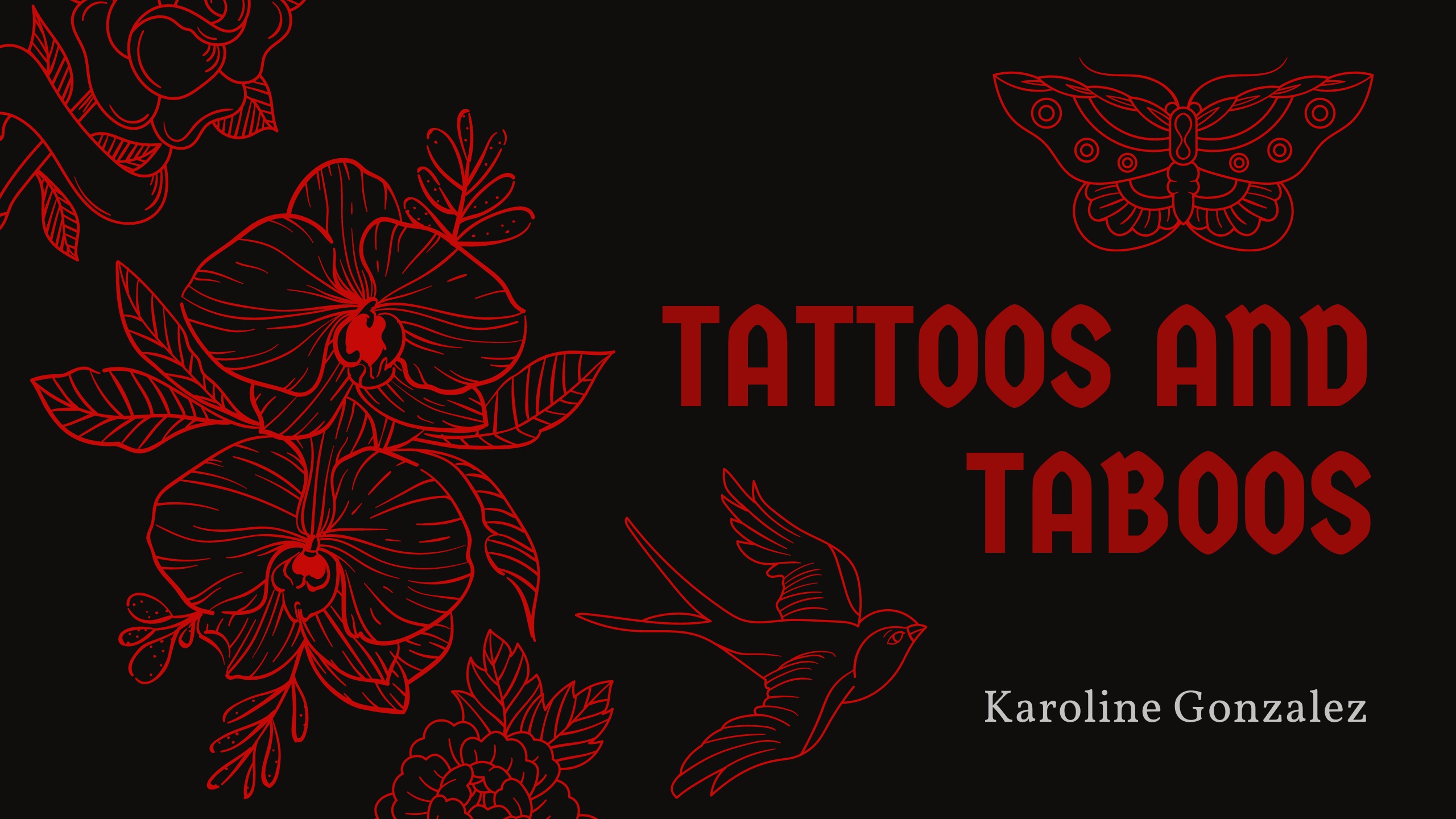 Growing up in a conservative and Catholic family, any sort of body modification was a source of controversy and not to be taken lightly. No amount of discussing or negotiating could change my parents’ perspective nor convince them that there was nothing wrong with having a well-crafted art piece inked on my body.

After constant thought and going back and forth, I booked my first tattoo appointment during a Friday the 13th special at a small independent shop in New York City — tattoos were less than half of their original price. I stepped out that evening with three fresh pieces. Some call it being impulsive, I call it taking advantage, for tattoos can surely be an investment!

“How will you get a job?” “What will other people think?” “You are ruining your body!” “What happens when you get old and wrinkly?” You have probably heard these amongst a plethora of other phrases if you possess any kind of ink on your body. Whether it comes from your conservative family members or a stranger, having a tattoo seems to be an open invitation for unsolicited opinions.

Today, negative perceptions about tattoos have decreased, especially amongst the younger generation. However, they are still very much present and the question of whether or not tattooing could be considered art persists. But why is it that tatted individuals are often seen as outcasts in society? This perhaps dates to earlier eras in which tattoos were a known symbol for rebellion, a meaning that has carried through the years even as the tatted population increases. As a tattoo enthusiast myself, I reached out to a few individuals in order to gain a better understanding of their perspective regarding the topic.

Tammy Galarza, 22, a third-year Rutgers-Newark student began inking their body a few years back as a way to document the constant metamorphosis that shapes our humanity as we course through life.

“Tattoos are a form of freedom granted to whoever wishes to seek ways of expression. Art ties to humanities power to express the body’s sensory information — sight, sound, smell, taste, and touch. Tattoos mirror those sensory traits in their unique ways based on how individuals choose to portray them,” they said.

“Tattoos are negatively stigmatized because it roots from the belief that it represents rebellious or individuals who are allegedly unable to sustain a prosperous and healthy lifestyle. However, I tend to educate and shine a different light on those ideas in response to those allegations. For example, I use my tattoos as a visual illustration and to explain how I freely use my body to journal my growth and experiences through the power of art.”

When asked about the discrimination that those with tattoos experience at a social and professional level, Galarza recognizes that it is a real phenomenon that shouldn’t exist as a barrier separating someone from the rest of the world. “Tattoos do not make an individual any less of a person. The art on people’s skin does not define the potential nor their possessed set of skills,” they said.

Others, like a Rutgers-Newark first year student who chose to remain anonymous, hold a neutral opinion when it comes down to tattooing one’s body. “I think they’re a pretty cool way to express yourself,” she said, “I understand that certain people choose to tattoo explicit pieces, e.g., genitalia or rude symbols that may be inappropriate to have let’s say at job. But other than that, having a tattoo here and there shouldn’t be a pathway welcoming the prejudice of others.”

Tessa Rose shares a private studio in Greenpoint, Brooklyn with two other artists. Throughout her journey as a tattoo artist, she concurred that her lifestyle has helped open her eyes to a new world surrounding the concept of art and taught her how “sacred and affirming visual self-expression can be.” “The willingness of people to outwardly show the inner aspects of themselves so permanently on their skin has brought me closer to humanity as a whole and helps me understand human tendency more,” she said. “I consider tattoos to be one of the most primal forms of art, because before paper or canvas, we had stone or skin, and the latter has stuck around since the beginning of us. Those who look down on people with tattoos, I think more often feel threatened by the certainty of those with them, by their lack of fear, by their acceptance of themselves, and because people who are judgmental of tattoos don’t have the ability to mirror those aspects of self-acceptance and commitment.”

Even as body art becomes more and more prevalent, discriminative behavior continues to be experienced by folks who choose to alter their skin. “I think it’s entirely unfair to discriminate against people who choose to ink their bodies,” said Tessa. She followed, “For some cultures it’s a spiritual rite of passage, for others it’s a permanent symbol of self, and for the rest it’s at least a beautiful walking museum. Unless people have tattoos that are discriminatory themselves, there is no reason to withhold jobs or services from those who with tattoos.”