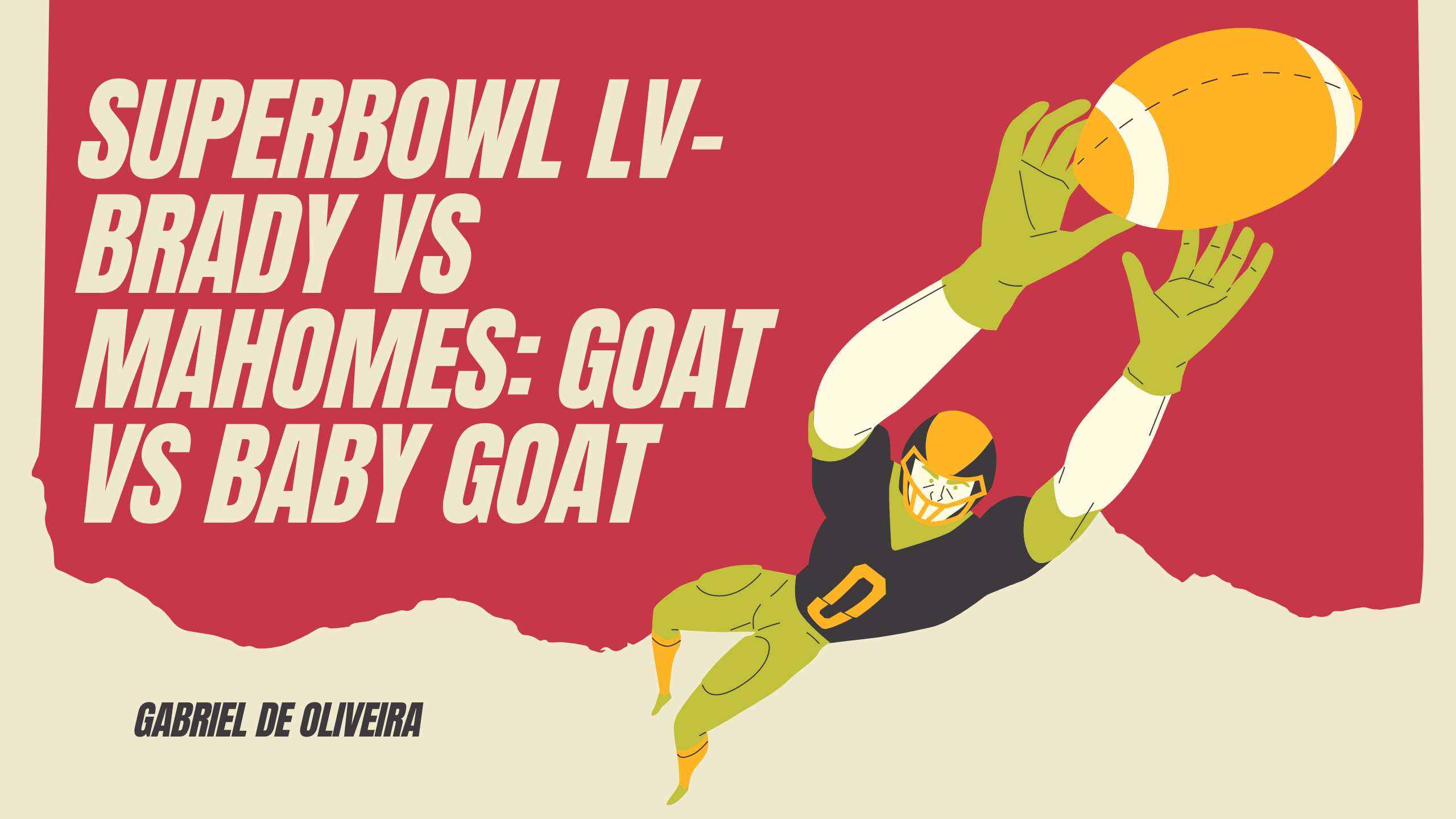 After leading their respective teams to wins on Sunday for the Conference Championship for their division to go to SuperBowl LV, Brady and Mahomes created history. For Tom Brady, we saw him win the NFC championship in his first season with the Bucs. It has been 25 years since the Cowboys last won the NFC title. Brady had already won 9 AFC titles with the Patriots. With the win on Sunday, Brady makes history being the player to play in 10 different SuperBowls. On the 7th of February, he will be looking for SuperBowl win number 7.

On the other side of the coin, you have Mahomes. Mahomes who is just 25 years old is going to his second straight SuperBowl with the chance to win back to back SuperBowls and is the current SuperBowl MVP. The last team to do that was the 2003-04 Patriots with Brady as the QB. Looking at Mahomes’s career so far, he has done amazing things that even the all time great QBs like Payton, Elway, or even Marino. He has already won a regular season MVP, throw for 5,000 yards, throw 50 TDs, won a SuperBowl and Superbowl MVP, and now is going back to win his second SuperBowl. Doing all that makes people talk about him as the best QB in the whole NFL. This is different from Brady when he won back to back SuperBowls because although he won, at the time he was not considered to be the best QB in the NFL. Brady was considered that over the years.

Brady now looks to play and win his first SuperBowl without his former coach Bill Belichick. The fans of Brady want Brady to win to prove that Brady was responsible and deserves more credit for the 20 year dynasty in New England. I have said and believed that it was 50-50 because I do not believe that Brady wins 6 SuperBowls without the defenses that Belichick put together. I understand Brady is the GOAT in a lot of people’s eyes, but all of those defenses played a huge role. Brady is also making history because he helped the Tampa Bay Buccaneers be the first team to play in a home SuperBowl. Brady in all these years has done a lot from winning a unanimous MVP, the whole 2007 season, all the 30 playoff wins with the Patriots and now 3 with the Bucs. I feel for him, winning the SuperBowl at 43 years old and without Belichick won’t change his position as an all time great but it will increase his credit for the dynasty.

In conclusion, people are thinking that Mahomes can catch Brady since he has started off amazing. But with Brady, the thing that was amazing about his career was that he never got hurt multiple times. Besides the 2008 season, he did not play since he tore his anterior cruciate ligament and the Patriots went 11-5. But overall, after he became the full-time starter, he never missed too much time. For Mahomes, he has to get that same gift and stay healthy because he is talented, got the perfect coach for him, and amazing players around him. Will Mahomes make it to 10 Super Bowl appearances, I do not know. It is something that might not be broken but I think Mahomes can finish his career with at least 4 SuperBowls wins. Baby Goat Mahomes is off to an amazing start but Goat Brady is not done yet.