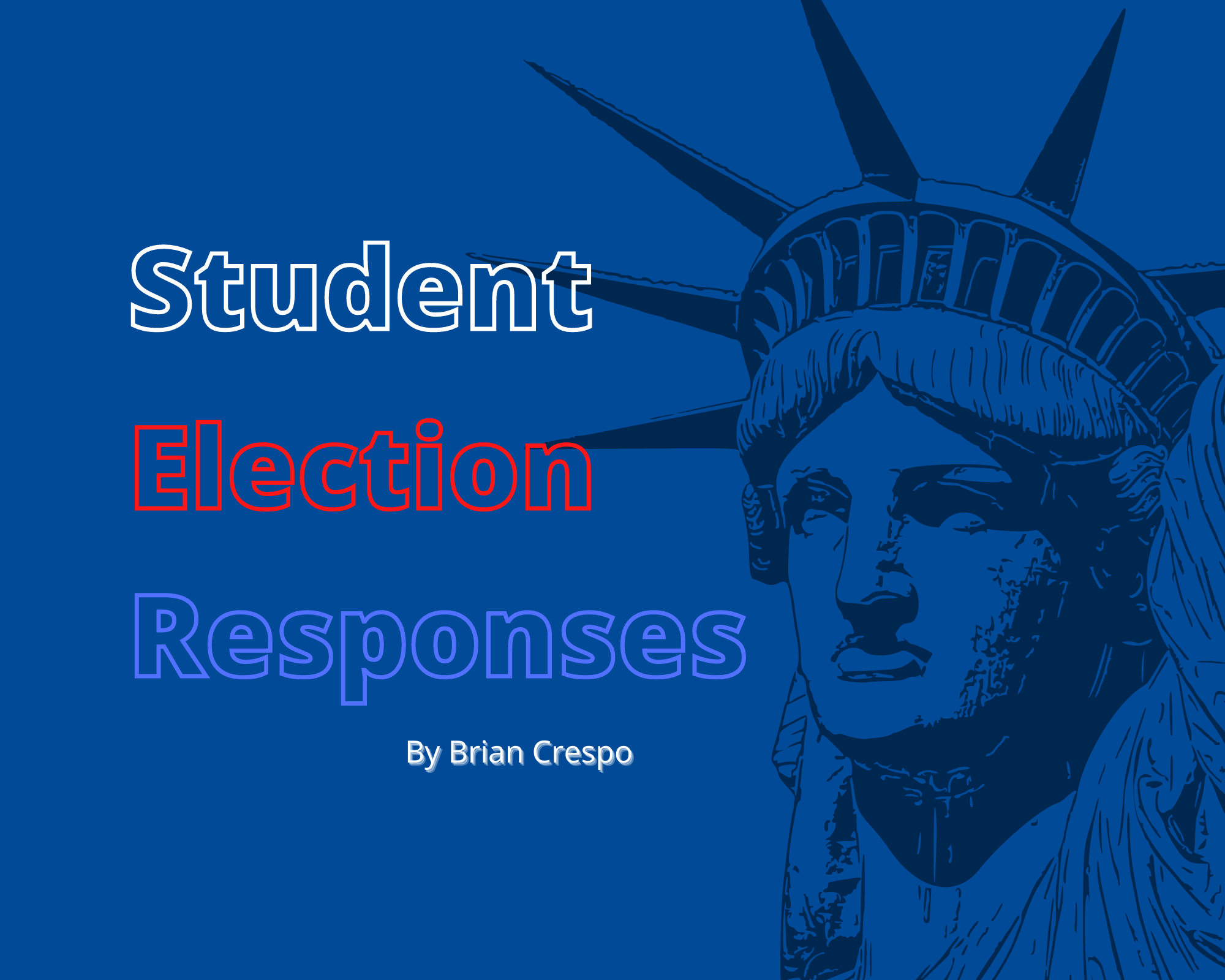 Intro: As November 3rd draws nearer, Rutgers-Newark students tell us who they support and why.

1. Who are you voting for this year, and why?

I am voting for Joe Biden. Honestly, I don’t believe that either candidate is fit to be a US President, but at this point, it’s a matter of choosing the lesser between two ’evils’.

I already sent my vote by mail.

3. What are the biggest issues facing the country?

One of the biggest problems in our country is racism. America is a country known for racism against different groups of people and white supremacy throughout its history, but what makes this a more pressing issue right now is that our current president has normalized racism to the point where there are no consequences. Any racist statement or action by the president is dismissed as ”Trump being Trump.” As a result of this, more and more people have become confident in displaying their racism, and there is no one to hold them accountable for it.

4. Do you feel the country is unusually divided? If so, what would it take to mend the rift?

I do believe that the country is more divided now than it has been for a long time. I think that the first thing that would help mend the rift is to get to the root of the division. If you look at the past election, and even more so this upcoming one, the race is not about ”this is what we need to do for America, this is why we need to do it, and this is how we’re going to do it…” it’s more about pointing fingers and blaming everyone else for everything wrong but never presenting a solution to the problem. Since 2016, Trump’s race for presidency has centered around the division of the people. He allowed for the spread of hate against minorities and promoting white supremacy. Acknowledging this, the first step we should make is to elect a president that will not divide us any more than we already are.

5. (Optional) Did you watch the debates? If so, what are your thoughts?

I have watched the ”debates,” and to be honest, it’s embarrassing. I remember my middle school and high school class president elections, where the candidates had to give a speech. The candidates would debate back and forth 2 or 3 more times before we cast our votes, and honestly, those debates were more mature than what we currently have with the possible candidates to run our country. Rather than convincing us why we should vote for them, each candidate focuses on attacking and staining the other candidate as much as possible. These ”debates” have deviated so much that the other countries are watching us for entertainment; it’s disgraceful.

1. Who are you voting for this year, and why?

I am voting for Joe Biden and Kamala Harris. I voted for them because I am tired of the division and hate that the president encourages. I want a return to some type of normalcy, when we were Americans before Democrats or Republicans.

I’ve already submitted my vote by mail. I will be volunteering as a poll worker on Election Day and won’t be able to vote in person.

3. What are the biggest issues facing the country?

The biggest issue facing our country right now is the coronavirus pandemic. It is out of control and people are dying. Our economy is in tatters. 8 million Americans have fallen into poverty since the beginning of the pandemic.

4. Do you feel the country is unusually divided? If so, what would it take to mend the rift?

I do feel the country is unusually divided. I fear for the state of our democracy, because a house divided against itself cannot stand. I think what we need is a leader who will fight for all of us, whether we support him or not. We need a president who will bring us together and end the “us versus them” mentality that is permeating our society right now.

5. (Optional) Did you watch the debates? If so, what are your thoughts?

I watched the two debates this year and I was extremely distressed by what I saw. The first debate was the president screaming over everyone and acting like a petulant child. The second debate was an hour and a half of outright lies. It distresses me because it lays bare the absolute lack of decorum and decency in the current administration.

1) Who are you voting for this year and why?

most likely I will write in. I have no faith in career politicians, and that is because of what they have done during their careers. Im not asking for much, I need more morality and ethical conduct that results in something other than plutocracy.

I will vote by mail. Covid is out there but more so, there are people who may try to disrupt the process at the polls.

3) What are the biggest issues facing the country?

ignorance, prejudice, greed, and corruption. People have become myopic, thoughtless and selfish, and it seems in  recent years this mentality has been encouraged. The other major problem is the government taking a blind eye to the country it should serve, leaving many people landing in suffering because of a lack of humanity on governments part.

4)   Do you feel the country is unusually divided? If so, what would it take to mend the rift?

unusually? no. Repugnantly? definitely. We are imperialist’s by nature, its in our makeup. So for me its not unusual, but it is the same as it has been since its inception. That mentality has trickled down giving people a feeling of entitlement that has replaced moral decency. Until we accept our true history, we will live that history. Americans seem to believe the idea that they exist, so they deserve. That includes not just material things, but existential things many do not want to be responsible for. My thinking is that we can’t fix it, but we can try to improve the mentality of the majority, and limit those who believe their way is the best and only way.

5) (Optional) Did you watch the debates? If so, what are your thoughts?

I think it was a dog and pony show that lacked substance. Two old men propped up to parrot the ideas of their funders. I think if anything, it showed that really good leaders wont go up to bat, because of stonewalling, and mudslinging to a point of a reality show. Real and serious people do good out of the limelight. Good people do good things. Politicians do good things for those they can benefit them. Unfortunately I watched the debates, and at the end I felt unmotivated, and frustrated. Makes me think that the government is a child on Ritalin, and the people are the parents that can’t control it.

If you would like to make your voice heard in an upcoming article, please reach out to the Observer News Staff @runewarkobserver.news@gmail.com