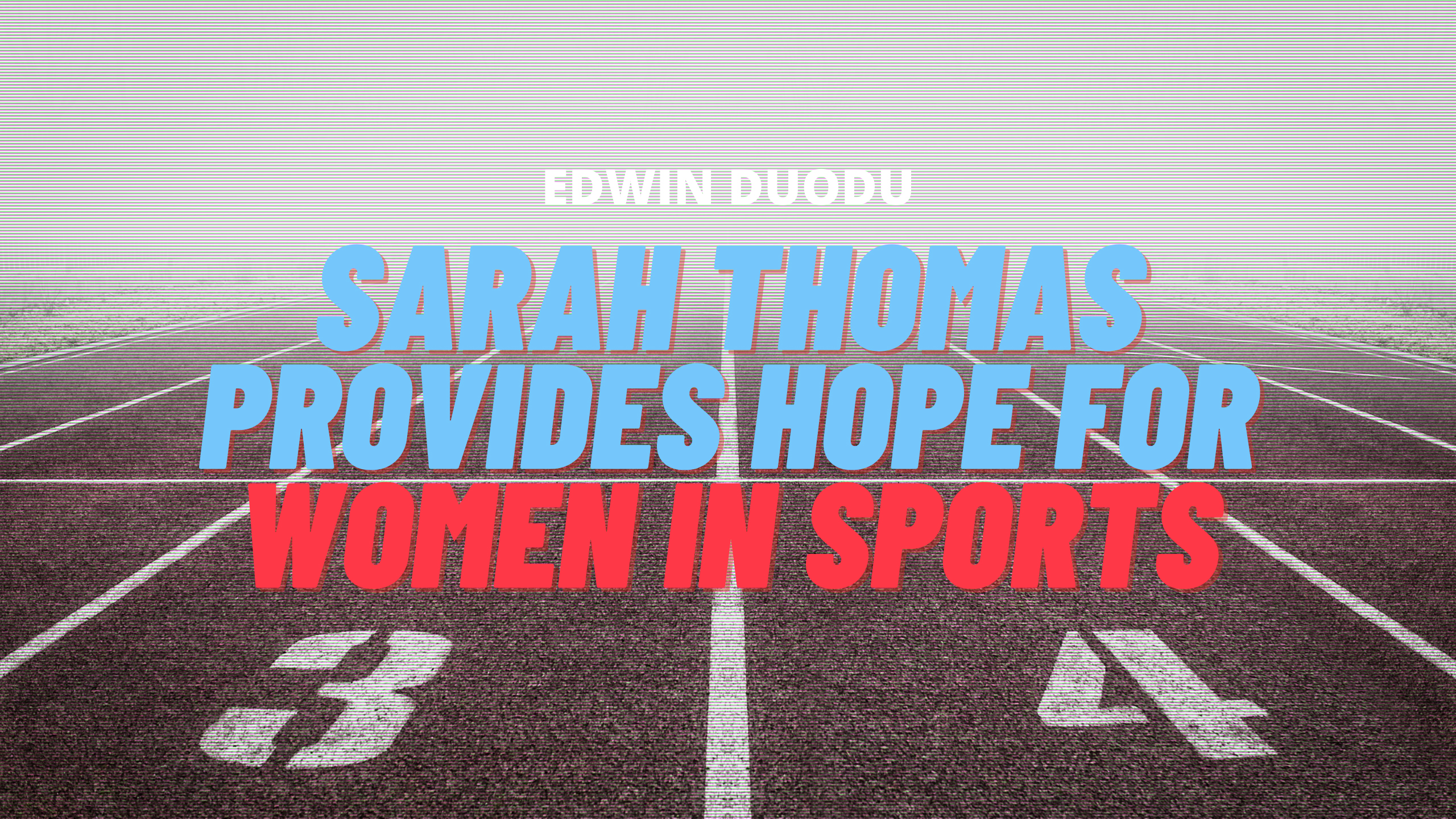 Sarah Thomas, an official for the NFL, made history a couple of days ago when she was selected as one of the officials to be working the Super Bowl. For years the position was a predominantly white male occupation. However, it eventually changed and slowly integrated African Americans, creating larger roles in sports for all people of different colors but it wasn’t until recently that women have been in the conversation regarding a larger role in sports. Why haven’t women been offered more game officiating opportunities in the past? Sarah Thomas’ recent breakthrough may be able to make life more comfortable and hopefully answer this question in the future.

Six years ago, Thomas made a breakthrough as becoming the first woman to become a permanent NFL official. That was years ago, but why did it take so long for a woman official to be on the field for the most significant event in football — the Super Bowl? To be a referee, one can argue that there isn’t much that separates a man from a woman when performing at a high level.

“Sarah Thomas earning a Super Bowl officiating bid is a crucial moment in sports history, how women are discriminated against,” said Mike Freeman, Sports Journalist. “There’s no reason for a woman to not have worked a Super Bowl until the year 2021 other than sexism. Game officials don’t need to be world class athletes or have super physical strength.”

Freeman makes an excellent point here. For someone to use that argument against a woman trying to become a referee or official would be severely flawed. Thomas worked four postseason games before being honored with the right to call a Super Bowl match finally. Since the Super Bowl is taken place during the postseason, what makes her qualities different from a male official? The NFL presents men with the opportunity to officiate the largest event in football history.

Rutgers Newark Women’s Head Coach, Ashley Cieplicki weighs in on how Thomas’s breakthrough may offer more roles for women in the future.

“It’s still a battle and a struggle because everything is still predominantly filled by males,” said Cieplicki. “We’re still making strides, slower than I would like, but something like this will continue to help us grow.”

Major sports leagues have neglected women for too long. However, Thomas may well be the hope that inspires a change. When we think of people who level the playing field, we have to include Sarah Thomas in that discussion. Cieplicki believes that her impact will extend not only throughout the NFL, but also throughout other sports.

“It’s monumental, a huge accomplishment, and something that will become normal. The roles are getting bigger in the NBA and NFL, and it’s becoming apparent that we need more women. Moving forward, there will be more,” said Cieplicki.

In the future, more women will occupy the roles of referees, coaches, and owners of a league. Sarah Thomas’s accomplishment was a huge one, and people will notice just how instrumental she was for a change. It’s only a matter of time.