Players Are People Too, And They Deserve Respect 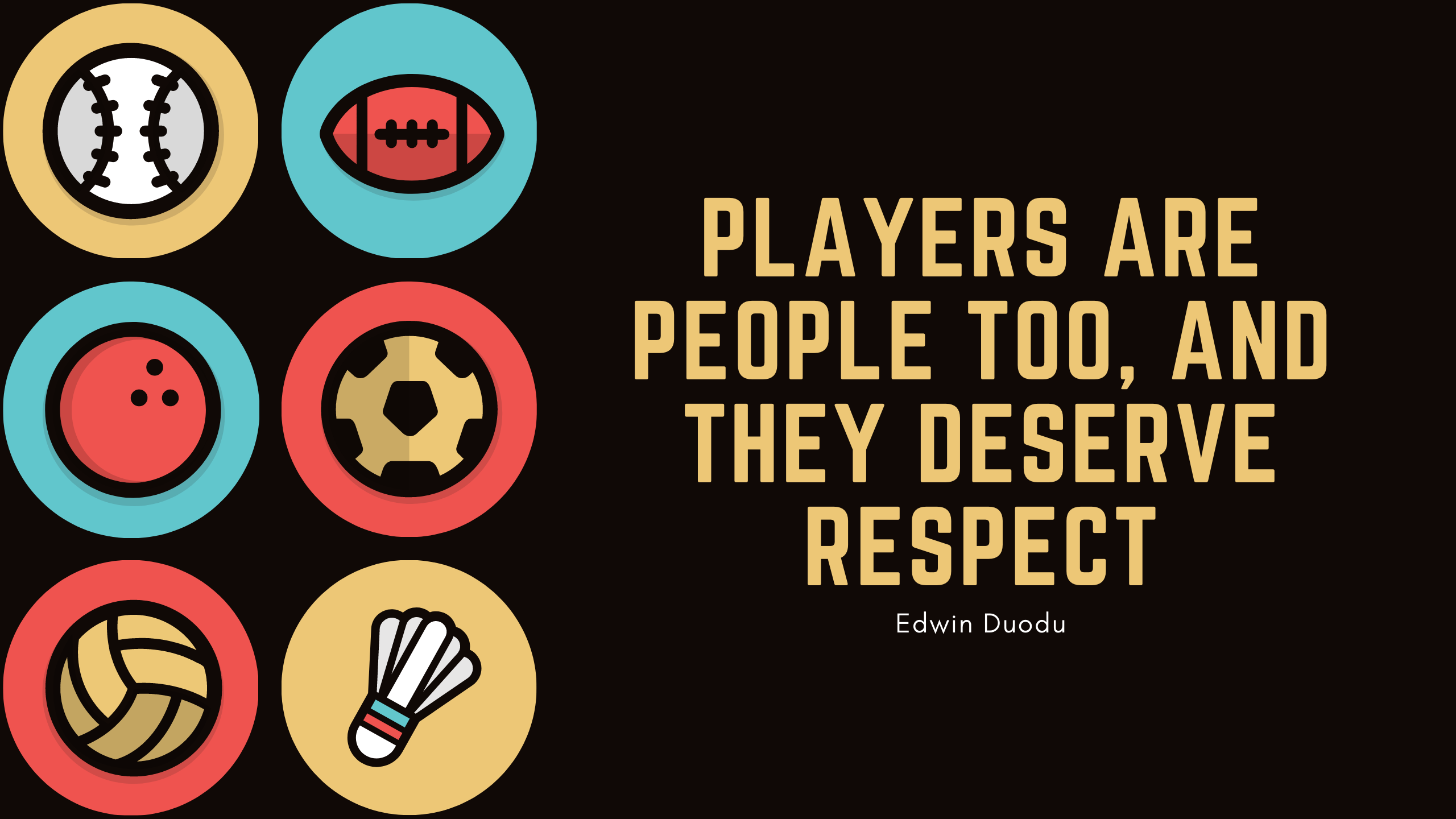 Respect. That is a word that holds great value and meaning in this world. Having respect for someone can go a long way in building rapport. However, the word has lost its sense and weight between athletes and their fanbases. Most athletes are loved, we see this through the support from their fans and the emotion they display when watching a game. In return, athletes can be great leaders off the field by investing in philanthropy and showing their appreciation for the millions of fans that yell out their name in excitement yearly. Yet, why does it still feel like some fans don’t respect athletes for their achievements? That’s because they are out there, and their true colors are showing while attending games and through posting on social media. Every athlete deserves one thing when they step in the game, respect. Unfortunately, that word has faltered over the years, with fans having major altercations with famous sports industry figures.

Starting with the most apparent disrespect to players, notably black people, racist attacks have been problematic decades. Different leagues have taken up arms to raise awareness, but this country still has a long journey to travel to make progress. Nevertheless, these attacks happen to everyone in the world.

On February 18th, Arsenal striker Eddie Nketiah was abused on Twitter following a post of his training. He is only one of the many footballers attacked on social media through racial and homophobic slurs, where fans get to display their abuse, sometimes without receiving disciplinary action. These occurrences have been unfortunate. Like other racial issues, it’ll take a massive effort to break what already seems like a “fixed” system. Nevertheless, fighting racial matters seems like a difficult task than the fans who decide to heckle athletes.

Earlier this year, the face of the NBA LeBron James got into an altercation with a woman sitting courtside. At the time, only nine out of thirty teams were allowed to have fans attend the game. Allegedly, one of the fans says something that provokes James into responding. However, the wife of the fan, Juliana Carlos, prompts her to respond to James with hostile language in an attempt to protect her husband. With no sight of de-escalating any time soon, security ejected Carlos and more fans from the game.

“It kind of got blown out of proportion,” James said after the game.

He also emphasized that he missed the fan interaction and didn’t feel like she should’ve been ejected. Juliana Carlos protecting her husband is understandable, but removing her mask to shout at James amid a pandemic is unacceptable. Her actions put not only James at risk but the team as well in what is already a difficult season to manage. Additionally, it’s rumored that her husband started the issue in the first place with words that might not have been friendly and respectful. As LeBron James says, fan interaction is one of the essential parts of the game. Everything still needs to have boundaries and order because they are men and women first before being deemed athletes. This is a concept that many fans are finding difficult to grasp, with Cam Newton’s issue with a young man the latest occurrence.

“You a free agent. You’re about to be poor.”

Those are the words of Jseth Owens, a young football player at a camp. Cam Newton has been one of the more accomplished athletes in recent years, winning an MVP, being named to three Pro Bowls, and having a Super Bowl appearance. Unfortunately, those milestones were probably not on Owens’s mind, which, deemed by many, decided to use his conversation with Newton as his “15” seconds of fame. In hindsight, it worked out well for Owens. However, he received backlash from many athletes and fans who supported Cam Newton and what he means to football. Owens is young and probably didn’t think his words would have severe consequences, as Newton noted.

“Let this be a lesson,” Newton said.

He also mentioned that we need improvement, with both old and young generations sharing the blame. Owens quickly recognized that and issued an apology to Cam Newton, the first step to showing respect and care.

Regardless of age, fans need to do better. We need to see these athletes as mothers and fathers before seeing them on the court or field. Although they may care about their fanbases, they have lives and families also. Giving them that level of respect demonstrates that we notice that they may have complicated lives outside of sports, just like many people in the world. As many pundits and sports journalists do, it’s alright to criticize. That’s our job as fans to show our excitement when our teams succeed and our displeasure with players’ performances when they fall short of expectations. Abuse, however, isn’t the answer, and it should never be.