Published on January 9, 2021 by theobserver 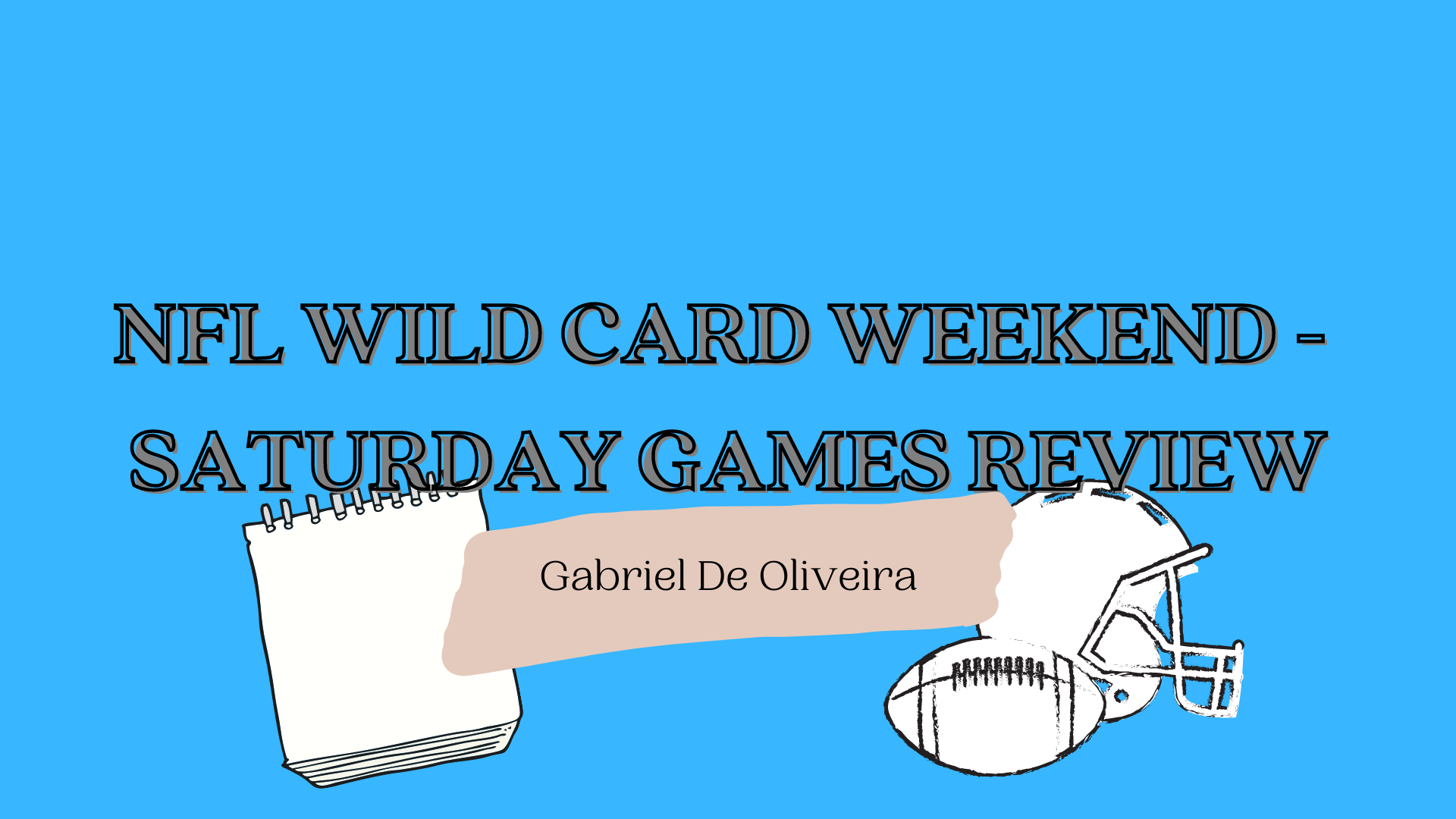 This was a great game to start off Wild Card Weekend because you saw a young QB in Josh Allan and a future Hall of Framer (in the eyes of some) QB Philip Rivers. Allan proved that he will be a problem in the future to come. His ability to understand and make the right decision was on full display. There were times that his receivers were not open and extended the play but running to get yards or the first down. Due to his play, it made the Colts’ defense think twice on what type of play it would be (run or pass). Colts entered the fourth quarter with a 14 point deficit and they were able to come back and cut that deficit to 3 points in the late 4th quarter. The game turned upside down during the last three minutes when the Colts were able to get to Allan and force him to go back but the ball got out of his hands and it created a 2nd and 33. Down by 3 and with one time out left, the Colts were close to getting to the field goal line to take the game to overtime. But as time was going down, the Bills defense made stops. At 4th and 11, they were not close to the field goal line and they decided to throw a hail mary but it was unsuccessful. Looking from the numbers perceptive the Colts had more rushing yards with 163 yards to the Bills 96 yards. The biggest key to me was how the Bills did not go for it on 4th down and took the field goals points when it was there for the taking.

The reports were correct and Goff did not start the game. The Rams started with John Wolford with Goff on the sidelines as the backup. As Adams (#33) collided with Wolford with a shoulder to head hit. Wolford looked like he got his neck hurt and it made for Goff to come into the game with the thumb injury. During the beginning of the game you see the Rams’s defense coming up use by shutting down Seattle’s offense with sacks, stopping the run, and making passes become incomplete. Rams defense came up huge with they were able to create a pick-six to make the score 13-3. But just like history shows us, Wilson makes a scramble play, and connects downfield with Metcalf for 51 yards for the touchdown. After that play, Rams’s defensive play calling and Seattle’s own offense getting penalties that put them in harm’s way for Russ to throw the ball. Just look at the amount of penalties Seattle had, 9 penalties for 60 yards while the Rams only had 2 penalties for 15 years. Furthermore, the Ram’s play calling on offense started picking apart Seattle’s defense making it hard for Seattle to get stops. For much or all is this game the Rams played Goff at QB with Goff having 3 pins in the thumb that he injured. But, in the moments, he needed to make a throw for a play, he made it.  Just look at when the Rams’s defense was able to get a turnover during the punt return around the 7:00 minute mark in the 4th quarter, he threw the touchdown pass to Woods to extend the lead to 30-13. The final score was 30-20 Rams but the game did not feel it was that close.

The last game of the night and it was a surprise from Washington and their QB, Taylor Heinicke. Heinicke did not look, he feared the moment. He threw some passes that were accurate passes. The issues for them in the first half were the drops by the receivers that times Washington needed a play to be made. But, it helped because he used his legs to make plays if he could not find an open receiver. They did score on a drive that was put together with run plays and passing plays to leave the Bucs guessing what play would be called. But, after the score, they called a very questionable play for an onside kick that failed very badly leaving a short field for Brady to throw in. There was a big play around the 2nd quarter, around 7 minutes where it looked like pass interference that would have been a first down but the ref did not call it and Rivera did challenge that play. But Washington played well on the first hand better than a lot of people thought they would play just the drops hurt them. Last week, Chase Young said that he wanted Tom Brady but during the first half Tom Brady had a clean pocket to throw the ball. Brady in the first half completed 12 passes out of the 23 he threw for a total of 209 yards and 2 touchdowns. In my opinion, with the clean pocket Brady had, he could have had more completions but some balls were overthrown, dropped or the target was not open. Washington did come alive and back into the 3rd quarter around minute 5:53 with a turnover. With that turnover, Heinicke went down the field with nice play-calling and amazing improvisation skills to extend plays in which no receiver was open. Like in the first half, he did not seem to feel the pressure of this game and playing against Brady. Heinicke literally did a superman dive to hit the pylon cam with the football for the touchdown. Washington defense although got only three sacks in the whole game but at the moment in which the Bucs scored the field goal to up 21-16, it was the third red trip that Washington did not the Bucs score a touchdown but held them to three field goals. Even after the Bucs rushed for a touchdown and took the lead up to 28-16, Heinicke still gave it his all. With less than 5 minutes to go, Heinicke went down the field for 11 plays-75yards in 4:20 minutes to give Washington fans some hope but it was not enough. Heinicke and Washington played the game of their lives and made it further than anyone thought they would. Brady got his first win in the postseason without the Patriots with the final score of 31-23.