NBA Season Is Back, But What About The Players? 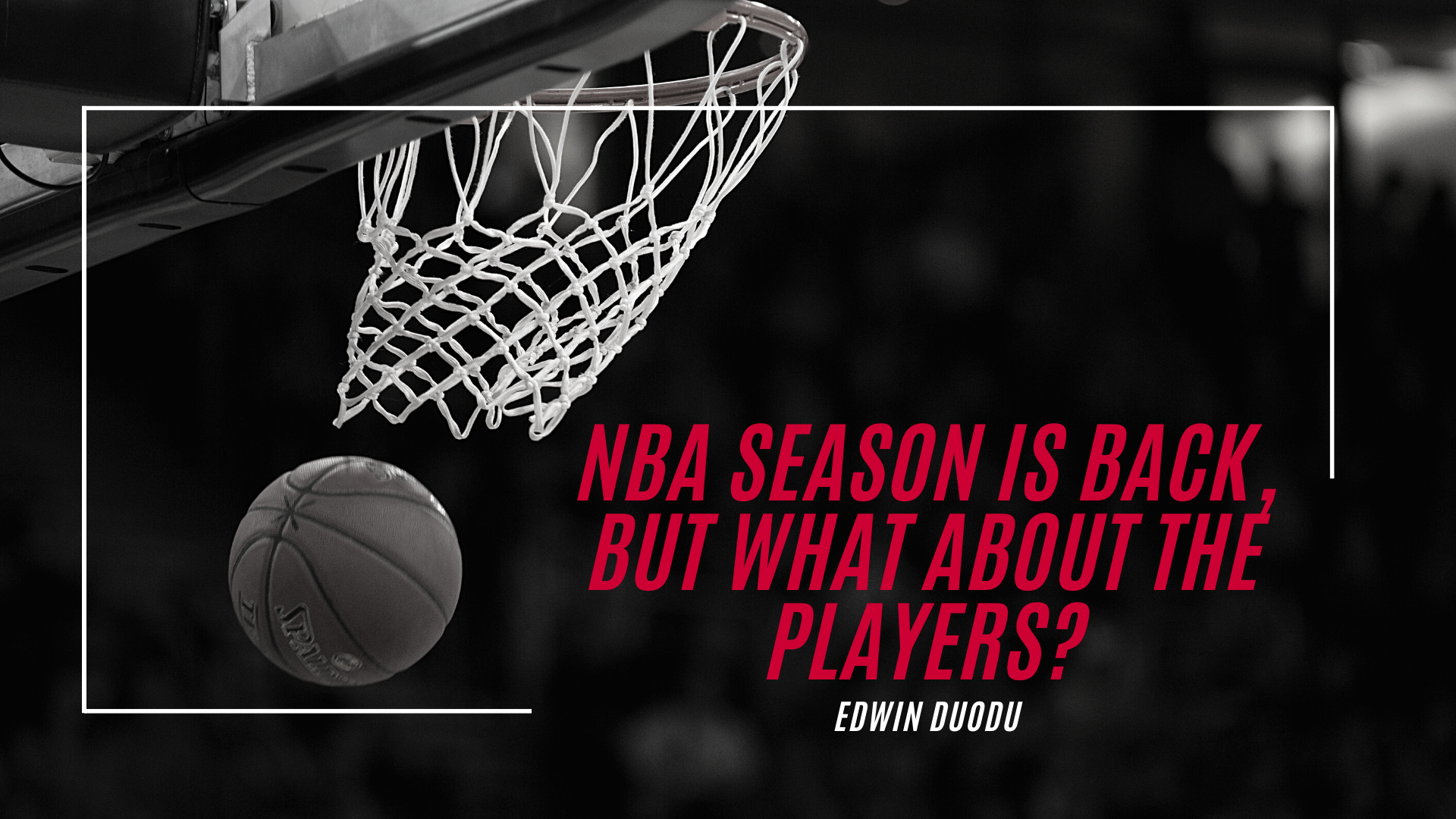 The NBA season is back. Fans around the nation may be pleased with the quick turnaround of watching the NBA finals in October to the start of a new season in late December. However, fans have to ask, how do the players feel about the beginning of the 2020 season? This past offseason was the shortest in the history of the NBA, NFL, MLB, and NHL, with the seasons only lasting 71 days. Being that these athletes will perform at high levels on the court for 72 games, will they be risking their health by returning so quickly? Are NBA teams who played in the bubble going to be at a disadvantage compared to the teams that weren’t invited?

The NBA 2019-2020 season started with high expectations and surprises around the league. The Los Angeles Lakers and Clippers were expected to be dominant and did as such before the halt. The Miami Heat and the Indiana Pacers were pleasant surprises in the Eastern Conference. The season seemed to be going according to plan until the season was put on hold for Covid-19. Now, fast forward a couple of months to teams receiving an invitation to a bubble, which was created to minimize the potential outbreak of the Coronavirus between players and to continue the season. This seemed like a good idea until NBA officials later came out and announced that the new season would commence two months after the NBA Finals.

According to Baxter Holmes in his article, NBA’s short offseason, quick restart concern health officials around league, “Several health officials said they were hopeful that teams would be able to return to game shape in a three-week ramp-up.”

Adhering or adjusting to an offseason workout plan may be the easiest part for a player, but partaking in live game action this year may prove to be the most demanding task players endure. The NBA has done an adequate job of limiting the travel between teams, with most games coming in the form of teams playing each other in two consecutive games. That still doesn’t solve the problem of players being fatigued throughout the season. This issue may pertain more so to the teams who played in the bubble, as those who weren’t invited may have gotten more time to rest. Give credit to the players who participated in the playoffs, but it puts them in an unusual predicament. These athletes during the regular season probably play an average of 30 minutes each game. That number could increase to 40 minutes in the playoffs, as there is much more at stake. Each game loss inches closer to the end of a team’s season. These teams, especially NBA finalists Los Angeles Lakers and Miami Heat, may be forced to rest players as they slowly transition into this new season. The main question we have to ask as fans is how will this affect team standings within each conference.

Now that the NBA is resuming its regular travel schedule, how will teams resting their players contribute to what position they finish at the end of the 72-game season? Will it jeopardize their home-court advantage for the playoffs?

An official mentions this in Holme’s article stating, “The problem is it’s a shortened season, so the games matter.”

Games do matter now more than ever. Team depth is now a crucial part of a team’s success, whereas before, star players could carry the load for a massive duration of the season. This league year will test the mentalities of many players than ever before. We, as fans, need to understand that these players need a break and that they might get benched more times than usual as the season progresses.