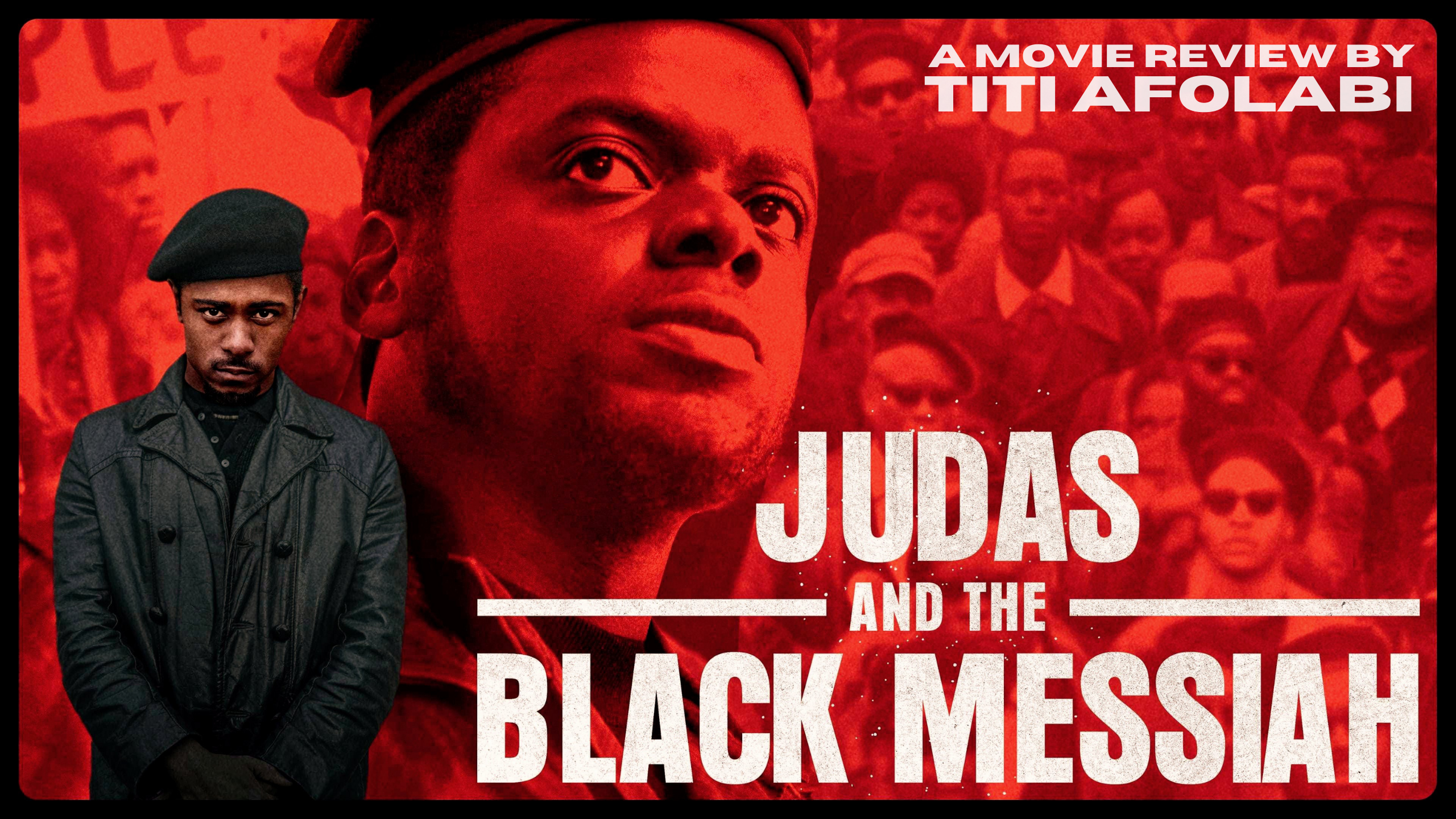 One of the many great aspects of Black History Month is the enhanced social media and cultural attention to black artists, films, books, and shows that depict black communities’ hardships, history, triumphs, and joy. Shaka King’s new film “Judas and the Black Messiah” is a historical drama that takes on the development of the Black Panther Party in Illinois with lead chairman Fred Hampton (played by Daniel Kaluuya) who was assassinated by the FBI in 1969 with the help of FBI informant William O’Neal (played by Lakeith Stanfield). The history of the Black Panther Party in the U.S., its revolutionary work, and coalition building is frequently erased from history or dialogues about the civil rights movements in the 1960s and 70s. That limitations to the storytelling of revolutionary activism of that time have translated to the kind of media production that is generated about African American history. While there are a decent number of film and historical dramas on the civil rights movement or slavery from “Selma” to “12 years a slave” or “Just mercy”, there are few documentaries and movies that show the revolutionary power of the black power movement and Black Panther groups across cities throughout the USA.

Many people who watch the film probably have some general understanding of Fred Hampton and the Black Panther party, but depending on your historical knowledge or perception of the Panther party before watching the film, the way the movie goes through the impacts and complicated positions Bill O’Neal found himself while simultaneously showing the tangible work and dedication that Hampton and The Rainbow coalition had towards a revolutionary state and justice will come through beautifully. While watching even though anticipating Hampton’s assassination I was still frequently surprised, angry, and shocked at the turns the films were taking. As a political thriller, the film shows violence, arrests, murders, love, etc and goes in and out of Hampton as he starts by visiting a small college and speaks like a passionate preacher about the pigs(police and government) to O’neal and how he found himself in a police office, faced with either prison for up to 7 years or selling out his people as an informant.

The movie also investigates the position of the government and FBI under Lyndon B Johnson and Richard Nixon. Not only were the Black Panther Party and its members actively perpetuated as a terrorist group, but their buildings, leaders, organizing spaces were also heavily surveilled, policed, and burned down without any proper justification. Because they started recognizing the depth of the “power to the people” motto and the unity Hampton and other revolutionary leaders were building they felt threatened; the perpetual racism and power they wanted to uphold was in jeopardy

For many watching the movie although the ending with Hampton’s assassination was already most likely understood, the ins and outs and in-between moments were so riveting it almost felt like you forgot what the endpoint was going to be. From Fred’s arrest to Deborah Johnson’s pregnancy, and O’neal’s inner turmoil regarding his actions, as a viewer I was consistently captivated by the actions, words, and how these people navigated the time and space with passion, commitment, and pain.

What some may not know from watching the movie is that Fred Hampton was assassinated at the young age of just 21 and O’neal at the time was also around 20. The movie’s actors, because they are a little older and made to look aged, are not able to provide the enhanced emotions that come when recognizing that these were young men and women who were building and developing the Black Panther Party just to have their future ripped from there hands. As I watched some moments even brought to tears, I wondered where I would have been during this time. Would I be at the front lines fighting like a revolutionary or would I be in the comfort of my home as a reformist not in solidarity with my brothers and sisters? Towards the middle of the movie what I believe to be one of the most powerful scenes where there were about 5 or 6 leaders were in their main building while Hampton was in jail, ready to react to the police that had an even bigger presence in their community. This young black woman with an afro and strength in her face exuding power and courage was in the window shooting down at the officers and did not let up even up until she was dragged outside and into a police van. The power of the movement was not just in its leaders and unified message but it was in the youth, the knowledge, and bravery that they all shared.

Today we have the Black Lives Matter organization that formed in 2013 after the unjust murder of Trayvon Martin and the acquittal of George Zimmerman. A movement started by black women, built by young leaders and youth groups its power is indescribable. This past summer the movement had become one the most powerful and greatest unified movement in the history of the United States. The power, progress, and revolutionary nature of these youth leaders and women are what has driven it to this point today, many of who were inspired and are connected to the preaching of Fred Hampton, Malcolm x, Angela Davis, etc.

And while it has been about 60 years since the time of Hampton and the Black Panther chapter of Illinois, the fraught relationship between police/law enforcement and the government’s treatment of black Americans is one that has not systemically changed but taken new forms today. This era of social media and video evidence of the brutality of black and brown people in this country has allowed the movement to grow in numbers and depths that arguably have never been seen in U.S. history.

Judas and the Black Messiah gives us a daring and powerful voice to a story that has been censored. The film tells a reimagined history of the Black Panther Party and revolutionary activism and leaders that is not through the lens of terror and anarchy. Its thriller and drama element inserts the viewers right into the reality of the time without hiding from the truth of the FBI and an informant who chose money and protection over his own people. One of the very few of its kind, this film should be an educational tool for students in school and those whose knowledge of the history of the civil era in America does not extend past Martin Luther King Jr.