Is Rutgers Football Back In Business?

Published on November 11, 2020 by theobserver 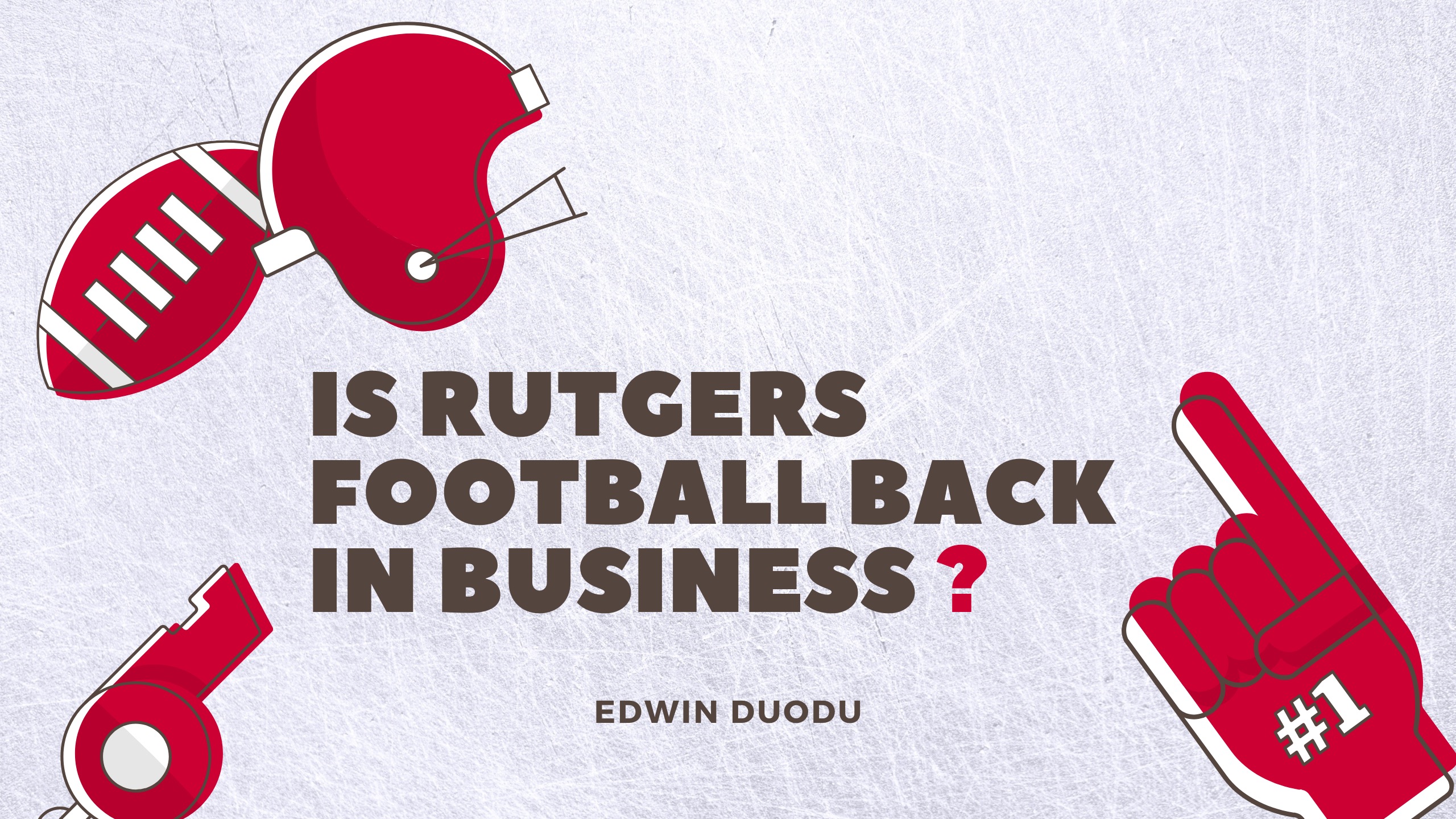 The Coronavirus has had a huge impact on college football, but that, fortunately, hasn’t stopped this year’s Rutgers football team from making history. By defeating Michigan State, 38-27, Rutgers claimed their first conference win in the Big Ten since 2017. Quarterback Noah Vedral threw for 169 yards to go along with one touchdown and an interception. Isaih Pacheco added 61 yards on 19 carries to go along with two scores. That glory was short-lived because Rutgers lost the following week to an Indiana University team ranked 17th in the nation. When comparing a Michigan State team to the conference leaders in the Big Ten, it’s obvious that Rutgers would be in for a more daunting task. Progress and competitive spirit need to be shown, however, two factors that the organization has been lacking for a while now.

“Ash could never get the trust of New Jersey high school coaches,” said William Greggs, 47, who has been watching Rutgers football for years now.

Under former head coach Chris Ash, the organization after three seasons went a combined 8-32. During that mark, the team went for a combined 3-26 in the Big Ten Conference. Some of the worst stat lines came in the past couple of years, with a whopping 56-0 lost to Ohio State University and a 35-0 pounding to Indiana University. Oh, and we can’t forget about the total embarrassment fans faced when their team lost 78-0 against Michigan University a couple of years ago, a day definitely to forget. Since then, Chris Ash has been fired and Rutgers appointed Greg Schiano as their new head coach. Greg Schiano was previously appointed as the head coach in 2001, coaching the football team up until 2011. He then opted to take his talents to the NFL for a couple of seasons with the Tampa Bay Buccaneers and has worked as a defensive coordinator for Ohio State University. Under his term, Rutgers endured some of its best football, achieving bowl berths in six out of his last 7 seasons as the head coach.

Having talented players in college football can be a huge factor for a team’s success. On the other hand, coaching is a main part of how players are deployed in a game. Rutgers University solved that issue by hiring Greg Schiano. Right now, it’s about building the organization again from scratch and bringing in a new “feel good” feeling in the locker room this season. Schiano has done that already by leading Rutgers to its first conference win in three years. That success needs to be sustained and improved upon.

“It’s not all the way back, but Coach Schiano will have it back. It’s about the recruiting and once that happens, they’ll be back,” Greggs said.

Obviously this team has a long way to travel, as this most recent result against Ohio State in which Rutgers lost the game 49-27 is a clear example of how this will be a bumpy road. However, even in that game, the team looked more competitive than ever and showed fighting spirit against Ohio State University, which is currently ranked third in the nation. Greatness isn’t built overnight, especially in college sports, but at least there is a feeling that this team is finally moving in the right direction. The question still remains, is Rutgers football back? Only time will tell.