How Young Adults Proved Decisive in the 2020 Presidential Election

Published on January 22, 2021 by theobserver 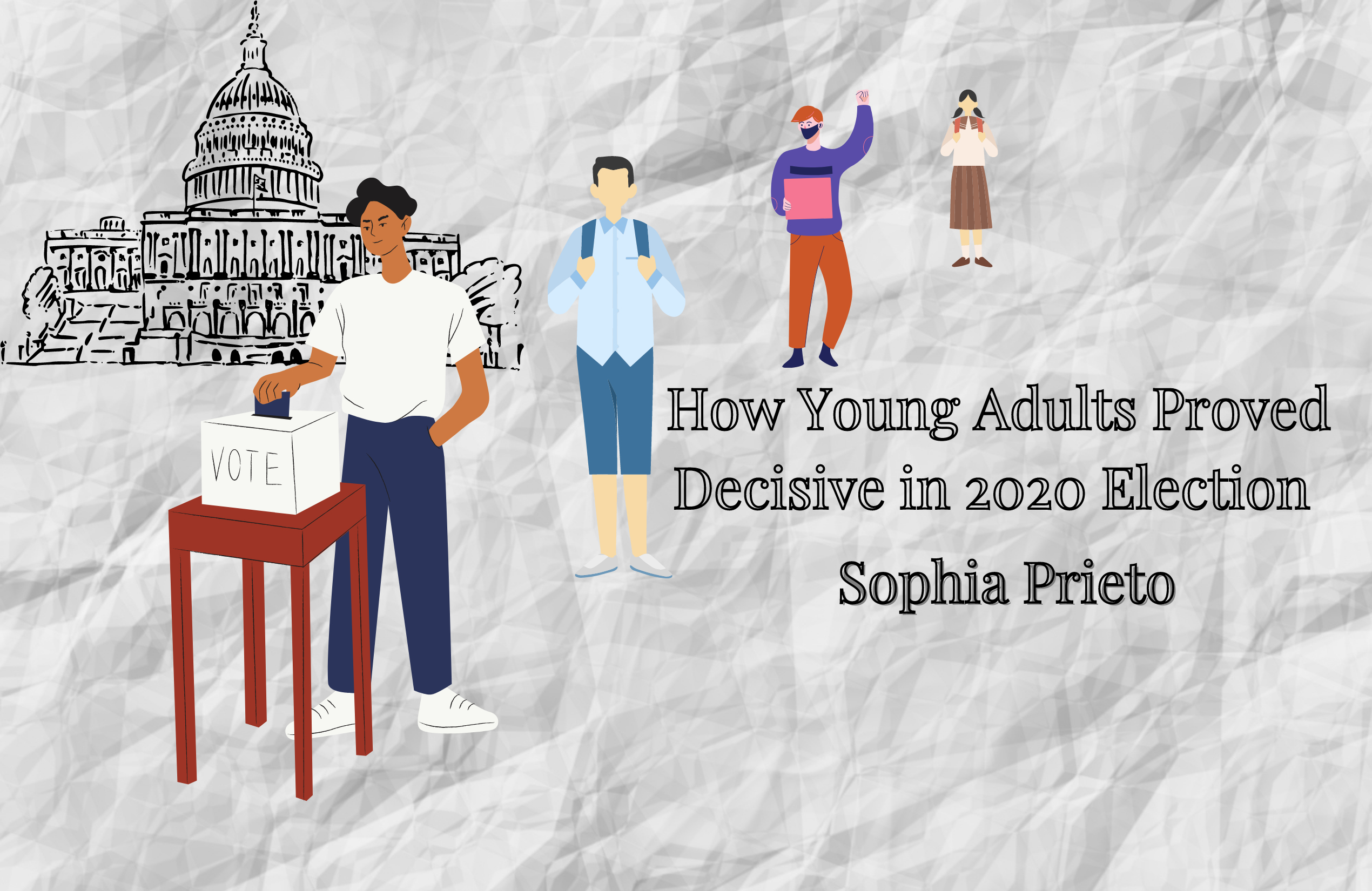 Unlike any other candidate, Sen. Bernie Sanders of Vermont has maintained high levels of popularity among young voters. This may have been largely in part to his progressive policies, some of which appeal enormously to a more young audience: Medicare-for-all, enacting the Green New Deal to combat the climate crisis, tuition and debt free higher education, and canceling student loan debt for millions of Americans. Through driving the campaign on issues a younger audience vehemently cared about, Sanders hoped the Democratic nomination would be delivered to him with the help of their overwhelming turnout.

Going into Super Tuesday — one of the pinnacle dates of a presidential election year — Sanders was counting on his supporters to show their enthusiasm, as a strong showing is lucrative for a candidate seeking a party’s presidential nomination. Historically, the candidate who receives the most delegates on Super Tuesday has gone on to win the nomination. However, when the massive youth turnout Sanders promised had not materialized, the results from such a crucial day effectively diminished the senator’s game plan. CNN’s data analyst Harry Enten highlighted that even though Sanders won a whopping average of 61% of the youth vote, their votes compose a smaller share of the electorate.

In a post-Super Tuesday press conference in Burlington, Vt. on March 4, Sanders acknowledged the lackluster results: “Have we been as successful as I would hope in bringing young people in? The answer is no.”

Following Super Tuesday, several media outlets also discussed the hopeful expectation versus the disappointing reality of young adults showing up to the polls. In an analysis, Axios correspondent Bryan Walsh wrote, “Young voters have always turned out at lower percentages than their older counterparts. But in Sanders, young Americans had a candidate who is explicitly pushing for their support — yet so far it hasn’t seemed to matter.”

Though apathy is the most common excuse for low youth turnout, signs showed that lack of interest or care was never the case. Young adults were well aware of the detrimental effects the outgoing administration had caused over the last four years and what the stakes were going into November third. Polls showed that support for Joe Biden eclipsed that of Donald Trump amongst young voters. In a comprehensive Axios national poll that surveyed 640,328 likely voters over a span of just over four months, the 18-34 age group in 40 states plus D.C. were solid or leaning for Mr. Biden. The same age range in only five states favored Trump, while another five were considered toss ups between the two candidates. And an October 2020 poll released by the Institute of Politics at Harvard University found that 63% of young adults surveyed revealed that they would be voting. Their results also disclosed that such a high level of youth interest was groundbreaking and surpassed metrics collected from the same poll over the last twenty years. Such numbers appeared extremely promising for the Biden campaign and dismal for Trump’s, but months later the issue still proved to be if young adults would defy expectations, follow through with their intent to vote, and surge to the polls.

And, by all accounts, data from voting showed that they did.

An analysis by The Center for Learning and Research on Civic Learning and Engagement (CIRCLE) presented the incredible contrast in voting between 2016 and 2020. In the 2016 presidential election, 1,219,677 total votes were cast by young adults aged 18-29 in Texas. Data from two days before the 2020 election showed that early voting alone in Texas added up to 1,364,448. They further noted in their report, “Already this year, young people in eight of the states we’re tracking (Arizona, Colorado, Florida, Michigan, Maine, Pennsylvania, North Carolina, and Minnesota) have already cast more votes than the margin of victory in that state’s 2016 presidential election.”

CIRCLE calculated that 52%-55% of young adults voted in the 2020 election, and the youth share of the total vote was about 17%. In states such as Colorado, Georgia, and Virginia, certain figures were even higher than the national average. The Denver Post reported that 70% of Colorado residents aged 18-34 voted in the 2020 election, comprising the largest voting bloc in the state. Further analysis by CIRCLE showed that in Georgia and Virginia, young adults made up 20% of the average respectively in both states. New Hampshire was not far behind with 18%, while California, Maine, Oregon, and Washington all had 17%.

And young adults of color especially showed overwhelming support for Biden at the polls across the country. With their help, Biden won battleground Republican states Georgia and Arizona this 2020 election, and although he did not win Texas or North Carolina, he was competitive in those states by garnering the youth vote overwhelmingly.

Black youth were pivotal in Biden winning and flipping Georgia blue, as they voted for him over Trump with an overwhelmingly large margin of 90% to 8%, as stated in CIRCLE’s data. VotoLatino reported that Arizona’s Latino youth made up the largest voting bloc of their ethnicity in the state, and estimated that young adults made up more than 25% of the estimated 325,000 early votes cast by Latinos. Native-American turnout also aided Biden immensely in winning Arizona. Speaking with James Harvill, the chief of staff of VoteAmerica, The Missoula Current wrote that the Native-American vote will only become more and more influential due to “an increasing young population aging into the electorate and a strong level of community support.” Asian-American youth aged 18-29 supported Biden 83% according to CIRCLE’s estimates, and make up the fastest racial or ethnic youth in the country’s electorate based on The Pew Research’s analysis. Youth of color proved key to Biden not only winning the vote with their age bracket, but for winning the presidency overall.

This 2020 election cycle showed young adults heading to the polls to assert that their thoughts, opinions, and concerns are important to shaping the future of the country. It is the youth that can influence the change that they hope to see in the country, and in one of the consequential elections they made their voices heard. And with such historic numbers and stellar turnout, the prospect of youth voting seems bright. If such high levels of turnout can carry through this presidential election and voting can become a fixed habit among young adults, they will become a solid and unparalleled piece of the electorate across the United States. In a piece for The New York Times, opinion columnist Jamelle Bouie wrote, “It’s possible that there is an upper limit to youth turnout, that at a certain point the youngest Americans just aren’t going to vote at the same rates as their parents and grandparents. But we haven’t come anywhere near it.”