How a Lucrative Reselling Business Cost a Nike Executive Her Job 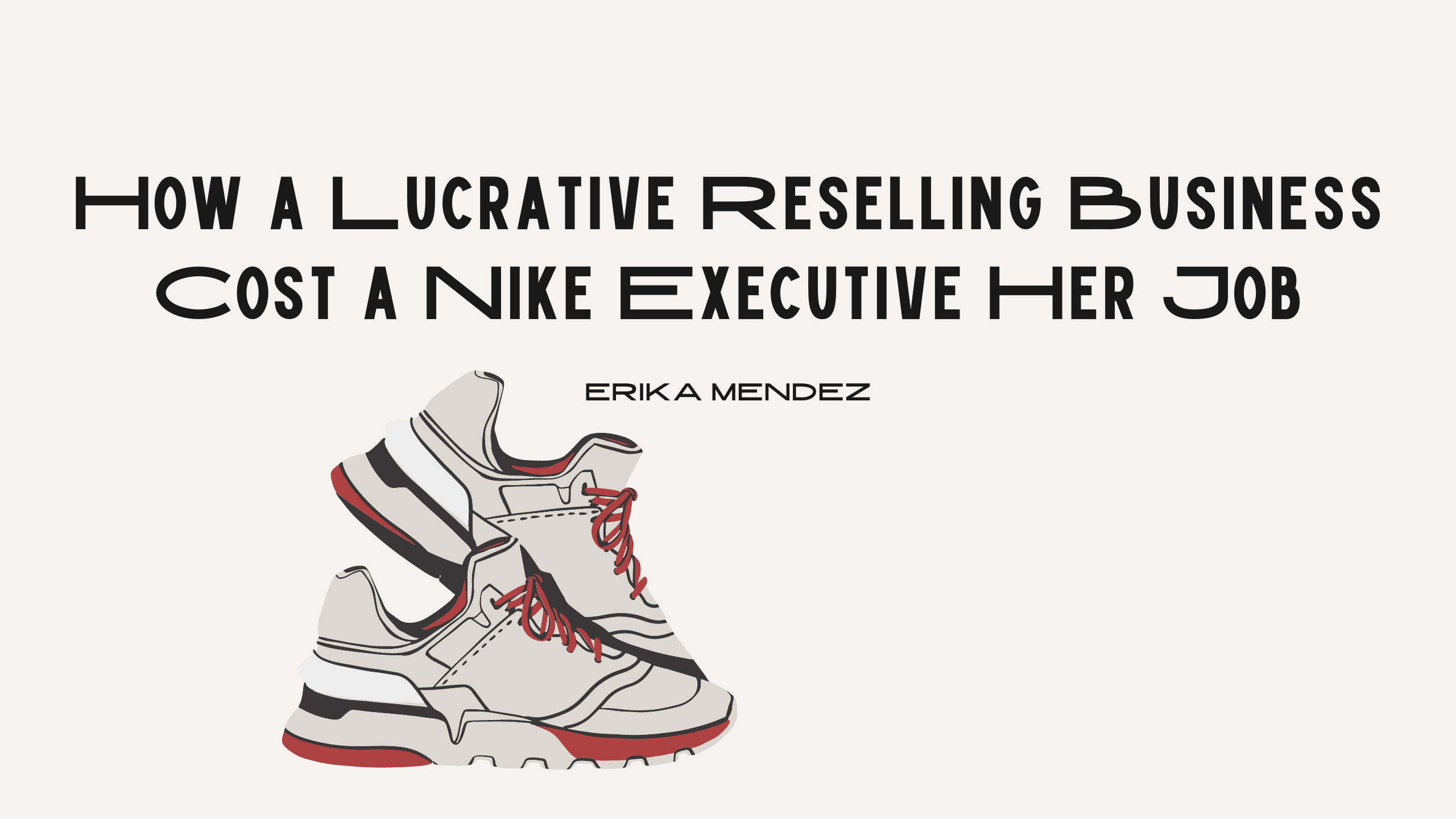 Ann Herbert, recently resigned from her position as vice president and general manager for Nike North America after a Bloomberg report uncovered her son’s reselling business. West Coast Streetwear is the name of the company founded by 19 year old Joe Herbert based in Portland, Oregon.

His operation includes purchasing high demand and limited edition sneakers and flipping them for higher profits. The main concern is Joe used an American Express corporate card under his mother’s name to purchase high quantities of sneakers to resell them. He also used computer bots to seemingly bypass the purchase limit on websites that only allow one pair per customer. However, in the Bloomberg article Joe says his mother’s position had nothing to do with his business and he never received internal information from her.

After some backlash and critique from other reselling businesses, the executive made the decision to step down. Nike released a statement saying a replacement for Ms. Herbert would be announced in the following days. A spokesperson for the company revealed to Bloomberg Businessweek that Ann Herbert did disclose some information about her son’s business and Nike concluded that there was no violation of company policy.

The sneaker reselling business has continued to grow as regular retail purchases have become more and more limited. Sellers like West Coast Streetwear benefit from having multiple pairs of the same sneakers because they can up sell them for over 200% of the retail price. They will continue to profit for as long as the sneakers remain in high demand. Joe Herbert’s business instagram account shows photos of Jordan, Yeezy and other popular sneaker boxes organized in a stockroom manner. The company has managed to garner over 70k followers with an average of 2,000 likes per post.