From Blood and Ash: Bold and Addictive 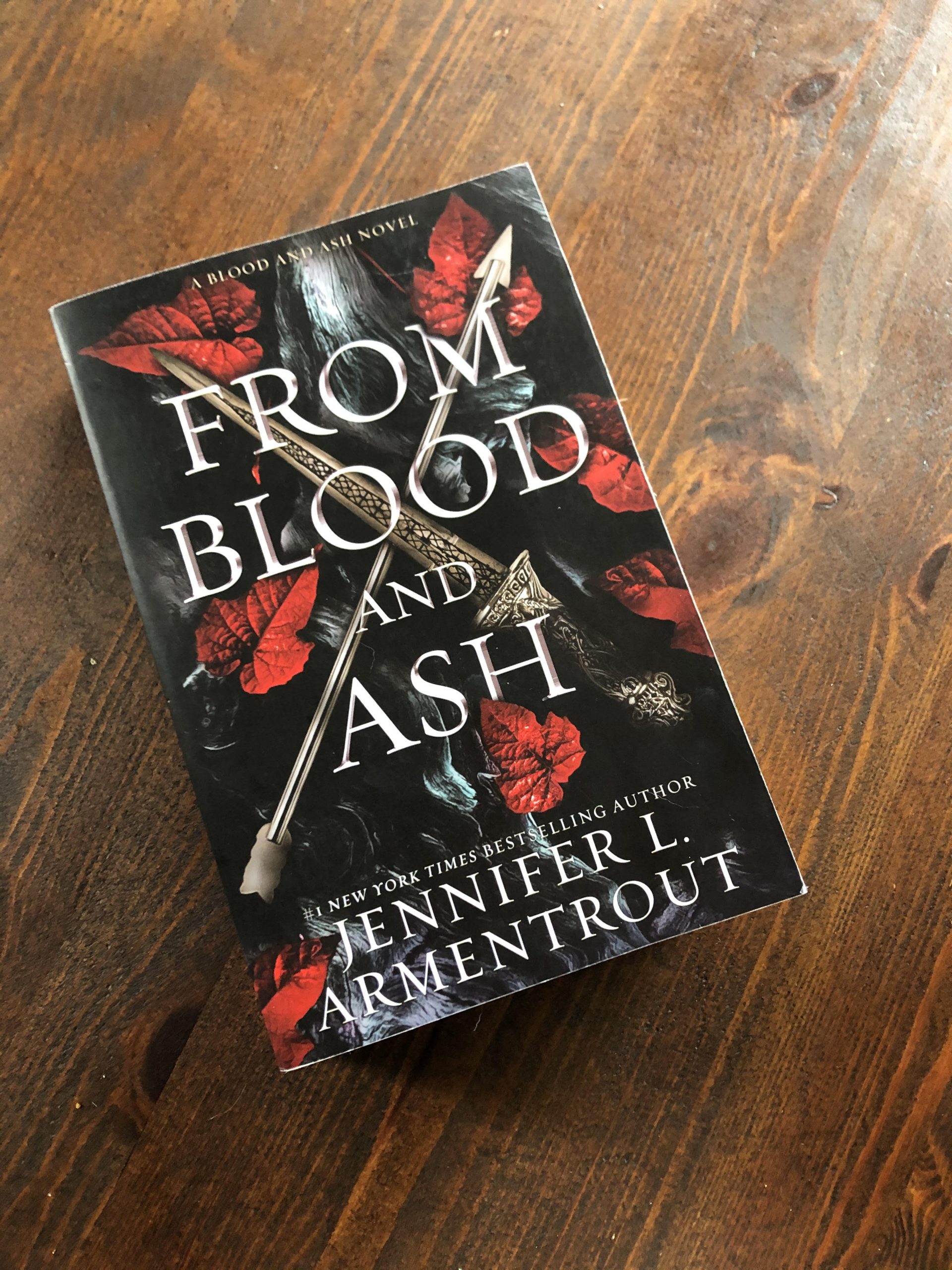 From Blood and Ash is a riveting and romantic tale of a young woman who is faced with exiling herself from all she has ever known in order to forge a better life. Penellaphe “Poppy” Balfour is the Maiden. Eighteen-year-old Poppy has a fair share of betrayers for someone with such limited life experience. As Maiden, Poppy represents the kingdom of Solis and its rulers, the Ascended. Poppy knows the Ascended to be mysterious immortal beings with black eyes. Her brother Ian is one of them. Poppy also knows enemies lurk outside and inside Solis’ borders. Rumor has spread that the Dark One infiltrated Solis.

In From Blood and Ash by Jennifer Armentrout, Poppy has lived most of her life in moderate seclusion from the public. She anxiously awaits her nineteenth birthday, when she is slated to be offered to the gods. Allegedly, the gods chose her at childhood to one day help them turn second-born mortals into the Ascended. Poppy does not know if this means she will be sacrificed to the gods, or perhaps become one of the Ascended. It becomes increasingly clear that Poppy wants neither of these things.

The Queen of Solis and the Duke and Duchess Poppy lives under order Poppy to remain virtuous. Otherwise, the gods will deem her an unworthy Maiden. This also means Poppy must always wear a veil that conceals most of her face and all-white attire. Poppy is not allowed to speak to anyone but her caretakers and (literally) assigned companion. Her only liberty is in the form of closely-monitored walks in the garden at a designated hour.

Poppy’s unique circumstances make for a compelling beginning. Readers will come to learn that Poppy is suffocating under the expectations placed upon her as Maiden and the stress that accompanies being a public figure. Of course, I rooted for Poppy to find herself in spite of outside pressure.

What lends to Poppy’s mystery is her seemingly inexplicable empathic abilities. She can sense the others’ pain and temporarily ease it. However, she cannot sense? the Ascended’s pain, if they do feel any. Many details about Poppy’s life and world are difficult to rationalize. For example, if she were a mere mortal, where could her abilities have come from?

When Poppy is enchanted by the mysterious new royal guard, Hawke Flynn, life makes less sense than ever. But one thing makes sense: Poppy is ensnared in a web of lies, and Hawke only contributes to it. Each intricate lie is exposed by a haunting truth. While Poppy was the Queen’s favorite and apparently chosen by the gods, she is now the kingdom’s greatest threat.

Poppy is a likable main character. At times she is stubborn and morally grey, but she is remarkably independent and courageous. If you choose to root for Poppy as she challenges all that she has ever known, this main character is not likely to disappoint. I also appreciated her love interest, Hawke’s, impressively multi-layered and entertaining personality and backstory. Despite his dark past and questionable actions, I also rooted for him.

To add to all there is to love about this novel, Armentrout provides readers just enough information to guess which lies will unfold eventually, but not enough to create for a predictable or boring plot. The suspense that Armentrout builds will be the fuel that keeps you turning each page.

If you enjoy the first installment of the From Blood and Ash series, you will certainly enjoy the second installment, A Kingdom of Flesh and Fire. A Crown of Gilded Bones, the third installment, will be released on April 20, 2021. I wholeheartedly anticipate this series is going to join the league of the most well-loved fantasy series this the year.