Fans To Make A Difference? 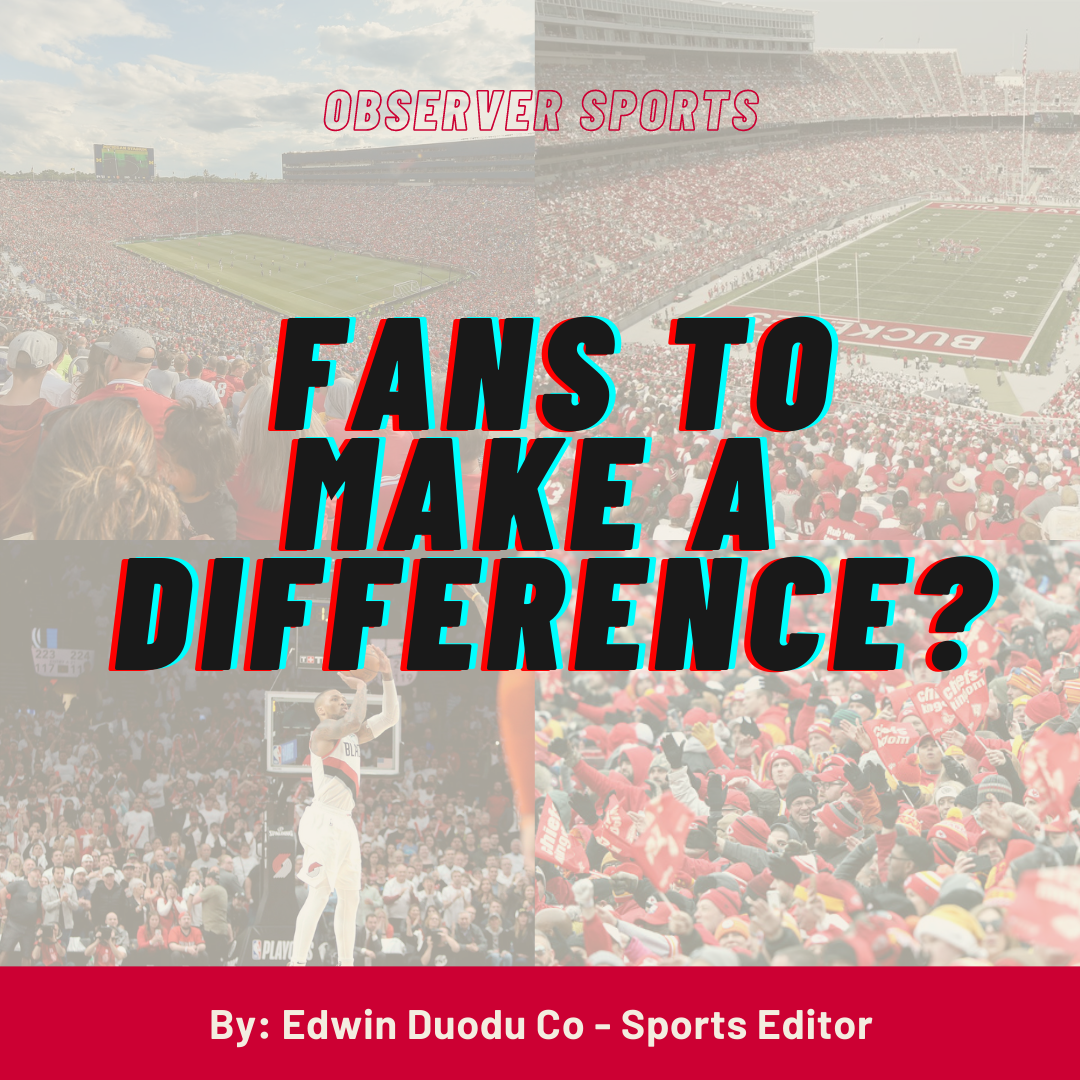 The excitement of a professional sports game is like no other. The back and forth action in an NBA game, the cracking of football pads on the field, and the slow but rewarding buildup of the anticipation of a goal scored in a European football match. These components are all important to each of their own sports. However, any professional athlete will tell you that fans and supporters play a large role in creating the atmosphere for each game. Unfortunately, for the sake of vying for a restart of sports, which proved successful, prompted the having of no fans in the stadiums. With the NFL and Premier League starting new seasons, could we see a possible return of fans in the stadiums again?

Once the Coronavirus broke out, European football struggled to find an answer for a restart of sports. A couple of weeks passed until the Premier League decided on a plan to bring back European football without fans in attendance. For professional European players to get tested, and then the likes of fans getting tested as well would surely prove to be a difficult task to handle. The stadiums for these matches hold thousands of people in it and even less than 50% is still a huge number of attendees. Testing everyone not only takes time but would definitely be hard week in and week out.  On the other hand, the atmosphere of a European football game in Europe is arguably like none other.

The main difference between European football and other notable sports is the supporting cast that follows a team everywhere it goes. Usually when a team has home-court advantage in a basketball game, for example, most of the fans there are in support of the local team. For European football, it’s a little bit different. In these matches, fans are able to travel to opponent stadiums in support of their teams. This is what makes the fan base of a team so crucial in big games. If an away team is finding a way to win against the home team, not only is the momentum shifting within the game, but the noise level is shifting as well too. The away fans start getting louder, while the home fan’s noise levels decrease, thus playing an important role in a team’s success that day. Alas, the feeling of support of the fans was no longer there, once European football matches resumed. This meant that a team would have to win solely on its gameplan and talent, with the latter having the potential to be covered up based on the crowd noise of the home team. Once Premier League matches resumed on June 17, teams went a combined 42 wins, 20 draws, and 29 loses at home, so it’s obvious that teams started to struggle once there was no support behind them.

“Premier League clubs have urged the government to remain committed to the scheduled controlled return of fans on October 1,” according to Sky Sports.

The return of fans in European football matches is imminent but in the United States, positive signs seem to slowly be taking place within the NFL season. Guidelines for every state varies, but some teams in the NFL have allowed their fans to return to stadiums, with the Cleveland Browns, for example, hosting about 6,000 fans during their Week 2 matchup against the Cincinnati Bengals. This is not the case for every team, with some not allowing the attendance of fans. Multiple factors are taken into consideration, most importantly the stadium’s capacity, which determines the percentage of fans that would be permitted in the first place. This could, however, prove as an issue for teams who are unable to grant access to their own crowds, while also having to deal with fans in opposing stadiums. Pretty rough if you ask me.

Nevertheless, this is still going in the right direction, because sooner or later all teams will be able to have some sort of support during the NFL season. Circumstances are much easier compared to the NBA bubble, where family members of the players were only recently able to attend games while social distancing. If you’re a fan who’s been dying to get back to cheering on your team physically, the wait might not be as long as you think.