Democrats in Control, But Will America Change?

Published on February 5, 2021 by theobserver 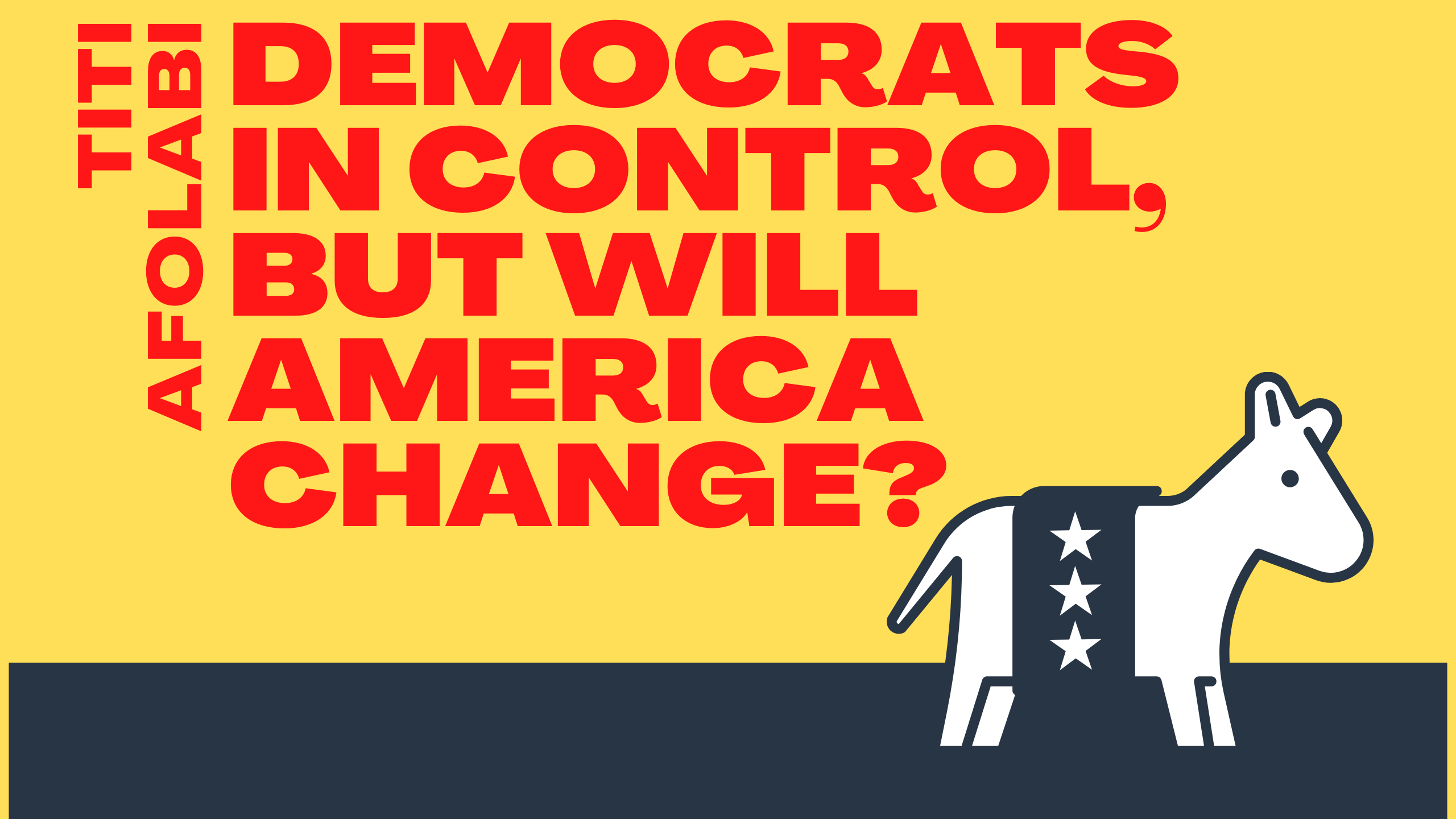 These past few weeks have been extremely important for the Democratic Party as they have gained unified control of the White House and Congress with Joe Biden and Kamala Harris as the new president and vice president. Aside from the presidency, Democratic seats in the House and Senate proved crucial to Biden’s cabinet. According to, “The New York Times” The Georgia runoff election would determine whether or not the Democrats would be in control of the Senate. Thanks to Black and brown coalition-building by powerful women of Georgia like Stacy Abrams to motivate Dem voters to turn out, Jon Ossoff and Reverend Raphael Warnock won their races by tight margins.

Although it is a win, the likelihood for democrats to pass substantive and progressive legislation in the next two years is up in the air. The democratic party is more divided than it has been in decades, and the contentions between republicans and democrats across the line have reached an all-time high.

Democrats lost a number of House seats to Republican officials who are now leading by a slimmer majority of 221-211. While Republicans still hold this slim majority, they are still divided from a range of other political affiliations, from progressives like AOC and Ilhan Ohmar to moderates like the speaker of the House Nancy Pelosi. “Democratic operatives across the ideological spectrum told Business Insider that the truce that progressives reached with moderate Democrats to unify behind Biden’s candidacy last spring had expired”. The process of proposing bills that will help the American people will become more difficult.

Even tougher is the process democrats in the Senate must go through. They are evenly split with the republicans, each holding 50 seats. With Kamala Harris as the Vice President, she now holds the power as the tiebreaker for bills that need to be passed. However, not every bill that goes through the Senate can be passed by a simple majority of 51. Some require 60 votes which means that Democrats will have to potentially reach out to republicans to arrive at compromises that are unlikely to happen.

Democrats must quickly decide on a concrete strategy on how to effectively pass bills in the allotted time they have without filibusters or constant vetoing. Back in 2009 (the last time Democrats had control of the Senate and House), their goals were to try to appease Republicans and put in legislation that both sides could come to a sensible agreement on. However, that proved to constantly be unsuccessful because very rarely did Republicans vote for democrat proposed bills. Therefore, it is in the party’s best interest to write and act on bills that require a simple majority and that are not difficult to enact.

That then raises the question about what bills can they then pass. Police/criminal justice reform, climate change through the Green New Deal, comprehensive health care reform, immigration policies, etc. all are progress some democrats want to see. However, because of the intensity and time sensitivity, Democrats in Congress along with the president have their eyes primarily on a competent coronavirus relief and economic stimulation. Once that is set their next bills will be small in nature, but hopefully much larger in impact. Expanding voting rights and access and well as limiting the corruption of money in politics, will most likely follow up.

So while Democrats now hold most legislative and executive power, the possibilities for their progressive abilities are limited. The hope is that within the two years there will be small tangible advancements for America and Americans, but the unfortunate divide within the Democratic party as well as between Democrats and Republicans in the House and Senate perhaps will make it much more contentious to see those changes people are hoping for.