COVID-19: The Impact of Modern Technology and Social Media 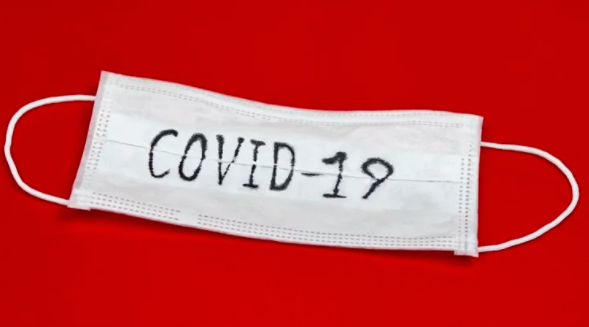 COVID-19 has forced American citizens to adapt to life abiding by State mandated Quarantine laws.  Businesses across the country have been shut down, forcing millions of employers to lay off staff as they face major financial  issues caused by the virus. Also, college campuses have completely been vacated and have transitioned to remote learning for the remainder of the semester. COVID-19 has shifted lives and has completely blitzed the world, but what has helped soften the impact is our everyday technology and Instagram profiles.

Social media and pop culture have been the crutches holding Americans together in the global whirlwind known as  COVID-19. A new sense of togetherness has been ushered through social media, making  spare time a result of quarantine. As a result of citizens being confined to the comfort of their Kitchens and living rooms, outlets like Facebook, Instagram and Tik Tok have seen usage growth over the past couple of months. Social Media and tech usage has filled the void left by social distancing policies and interfaces have adapted to strengthen the connection that people have with each other during quarantine.

Social interfaces generating positive numbers only shows that public engagement has gone up. Celebrities have resorted to live streaming concerts and other various forms of entertaining content to keep fans entertained and consistently on their phones or laptops. This new form of social engagement has taken the world over and has been the compromise of many citizens that are in lockdown craving some form of entertainment. Considering that most celebrities are in similar circumstances in their homes, it creates a relatable and intimate space where fans can feel closer to their favorite artist or celebrity.

Citizens have kept busy and active by participating in challenges made on social media.  A prime example is the recent success of Drake’s new hit song “Tootsie Slide”. Tik-Tok users orchestrated a Dance to the song and it went viral overnight. Users across the globe  showcase their dancing ability to others and challenge peers to participate. Whether it be a catchy dance or a before and after makeup tutorial, it has helped keep the public active and together during their quarantine.

Companies such as Google have seen an increase of usage for services such as YouTube, Gmail and Hangouts. In addition,  YouTube has  claimed its place as the best video streaming service. During lockdown their usage rates have spiked, which raised demand for content and put creators to the clock. These difficult times prove to be a great opportunity  to become content makers because of the current stagnation of the country. Quality content is met with much appreciation and has kept the citizens occupied.

Online gaming is another piece holding the country together and its engagement has grown in popularity during the pandemic. The Gaming community is experiencing a rare time, they have as much spare time as they need to play online while in quarantine. Gaming companies such as Microsoft and Sony have seen a growth in revenues by over 20% as gamers have spent more time playing during the Lockdown. Gaming companies have been working from home providing a quality experience for gamers during the lockdown. Big name distributors such as infinity ward, Epic games, and Neatherealm have employees working around the clock to provide content and gameplay updates and patches, keeping in contact with the numerous communities via social media and being a pillar for social distancing.

Moreover, while schools have been dismissed physically due to the pandemic, they have picked up methods of utilizing social video services to provide quality education to students. Outlets like Zoom and Google Classroom have been a key contributor in student and instructor contact. With webinars and online locked quizzes, many students are still going strong.

Ultimately, despite the pandemic affecting our country, technology has helped us stay positive. Social media has kept people connected and bonds have been made virtually instead of physically. It helps us look toward our future once COVID-19 is dealt with.