Can the Colts save Wentz’s Career? 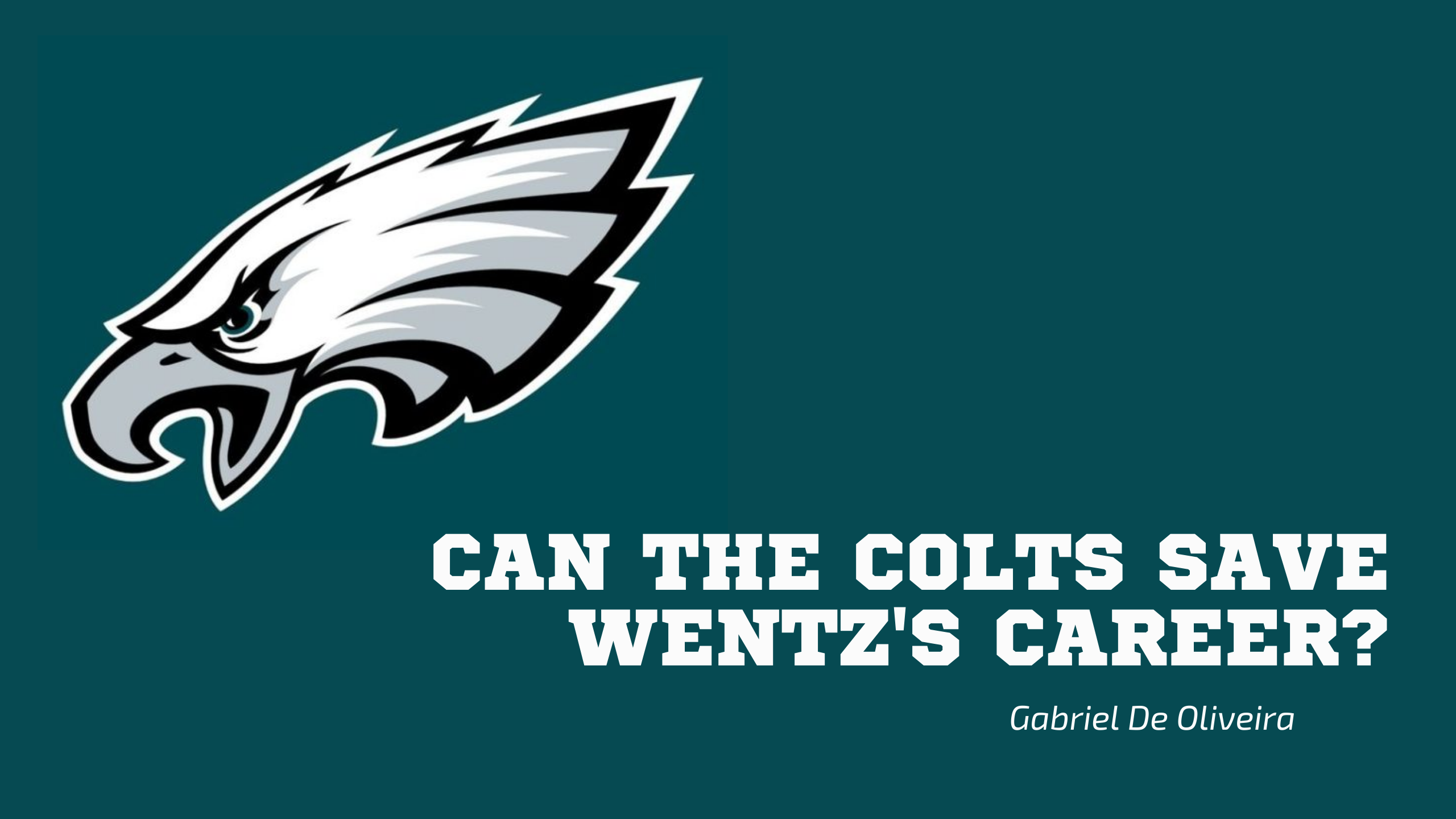 The former quarterback of the Philadelphia Eagles, Carson Wentz is being traded to the Indianapolis Colts for two draft picks. This includes a 2021 3rd round pick and a 2022 2nd round pick, with the potential of becoming a first. The price for Wentz was so low due to what happened during the 2020-2021 season.

With being benched by Jalen Hurts and his former coach, Doug Pederson did not trust Carson Wentz as the starting quarterback. Wentz finished the 2020 season with 16 touchdowns and 15 interceptions. This all occurred after things got ugly quick in Philly during the 2020 draft, with the Eagles selecting Jalen Hurts in the second round. The team also proceeded in not drafting any pieces to help Wentz. That move right there was the first domino to fall.

Now he is heading to the Colts. They’re a team that I am very high on because of the elite talent on the defensive side of the ball and their promising, young offensive line. The Colts also have good emerging talent in Jonathan Taylor who can help Wentz and the offense with play calling.

During the 2020-2021 season, the Colts went 11-5 and lost in the Wild Card round to the Buffalo Bills. Indianapolis got younger at quarterback with Phillip Rivers retiring and a more mobile quarterback in Wentz. The Colts have good receivers but, just like the Bills added Stefon Diggs, a true number one receiver, the Colts should try to do the same. It can be life-changing for a quarterback to have a reliable top receiver. Just look at the impact Diggs had on Josh Allen last season.

Furthermore, Wentz is getting an amazing fresh start and going to a team that is in “win now” mode. He can’t possibly fail because this team is built fantastically. Wentz now has protection in the passing game, a running back that gets better every season, and a coach in Frank Reich that believes in him and was his offensive coordinator in the 2017 Eagles title win. He has to make it work and be better than average since not many quarterbacks get the chance to start over with a better team. He needs to stay healthier and cut down on turnovers that only hurt his team’s defense. I still trust in Carson Wentz to turn it around and to have great years ahead.