Brady Is the Unquestioned Goat, But Can Mahomes Catch Him? 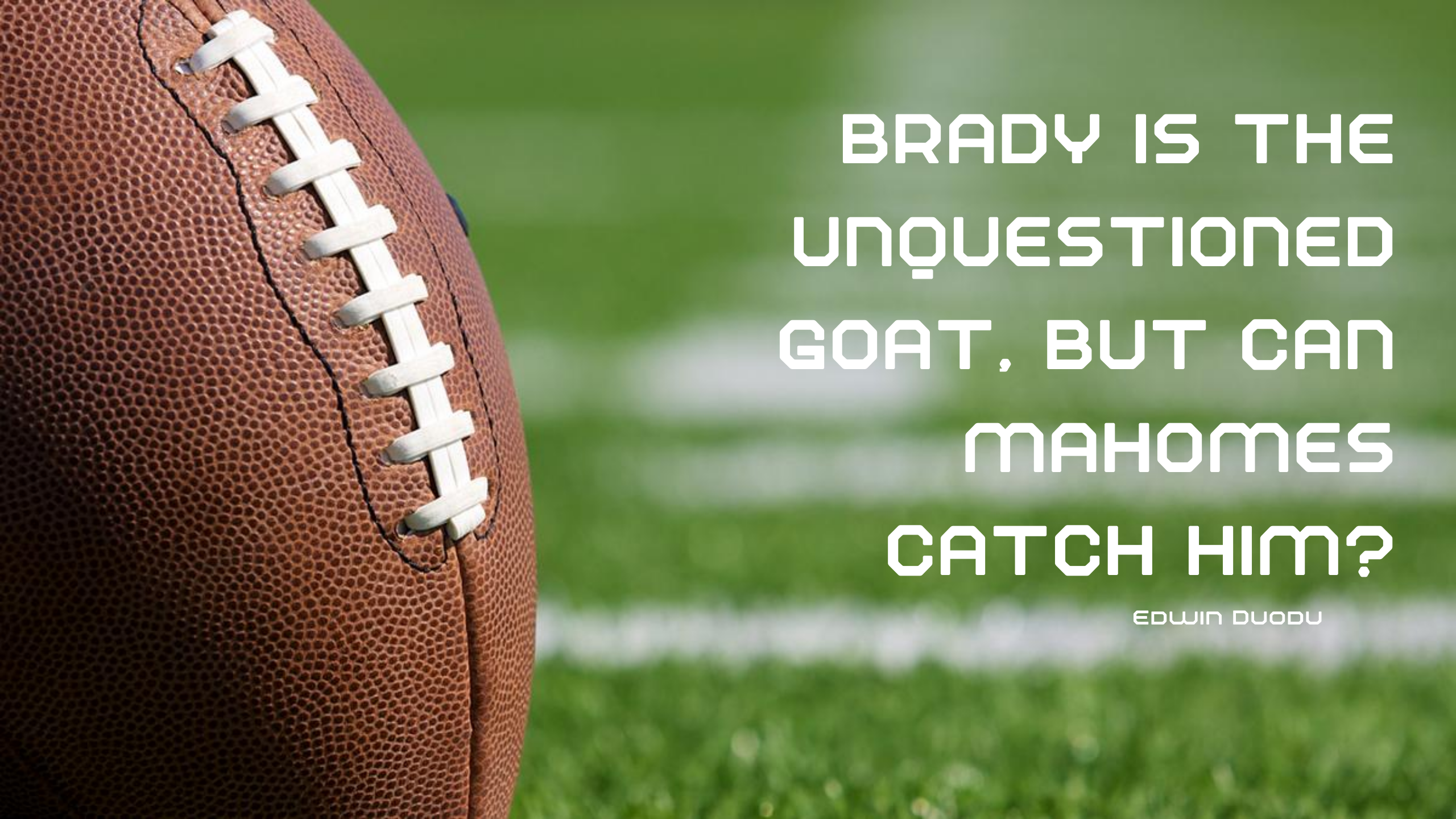 Wherever he goes, the Super Bowl rings will follow. After 20 seasons in the NFL, Thomas Patrick Edward Brady now has the most rings ever for a player. For years we questioned whether he was a more incredible quarterback than Joe Montana. Brady not only surpassed him as a winner in this league, but he was also prompted to win six total Super Bowls for the Patriot fanbase. For years people debated whether those wins in a Patriot uniform were solely because of him, or because of one of the great-minded football coaches in NFL history, Bill Belichick. What did Brady end up doing? He decided to take his talents to Tampa Bay, a franchise that was nowhere near considered a playoff contender without him. With barely any chemistry and practicing as a team before the start of the season, Brady preceded to take the team to heights that they haven’t reached in over a decade. He also did that by defeating some of the best quarterbacks that this league will ever see in Dree Brews, Aaron Rodgers, and last but not least, Patrick Mahomes. Joe Montana was the unquestioned greatest player of all time until Brady eventually preempted him. Many regard Patrick Mahomes as a clear challenger for that title, but does he have what it takes to surpass Brady?

To be deemed the greatest ever to step foot on the turf, Tom Brady has had to defy extraordinary odds. Notably, he defeated a Seattle Seahawks team led by rising star Russell Wilson and a ferocious “Legion of Boom” defense. We can’t forget him launching a 28-3 comeback against the Atlanta Falcons, which happens to be the largest comeback in Super Bowl history. Last but not least, the latest victory comes against Patrick Mahomes, who has been an integral part in rejuvenating a Kansas City Chiefs offense to being one of the best in the league. Brady was able to defy most of the obstacles in a Super Bowl match and has also taken a 3-2 lead over Mahomes in the head-to-head series. He seems uncatchable now, but let’s not pretend as if Patrick Mahomes doesn’t have a shot at catching him and making his case.

In three full seasons as a starter, Mahomes has added an MVP, an Offensive player of the year, and three Pro Bowl appearances all to his resume. In his first season as a starter, he threw 50 touchdowns and threw for 5,000 yards. Very impressive for your sophomore year. Let’s not forget he’s been to two straight Super Bowls, winning his first against a feisty San Francisco 49ers team. The Kansas City Chiefs knew that and preceded to lock him up for the next ten years, with Mahomes earning the largest contract in NFL history. He’s known nothing else aside from winning. Mahomes may have lost badly in the Super Bowl matchup against the current GOAT Tom Brady, but best believe he will be back multiple times. He does, however, have a long journey ahead of him.