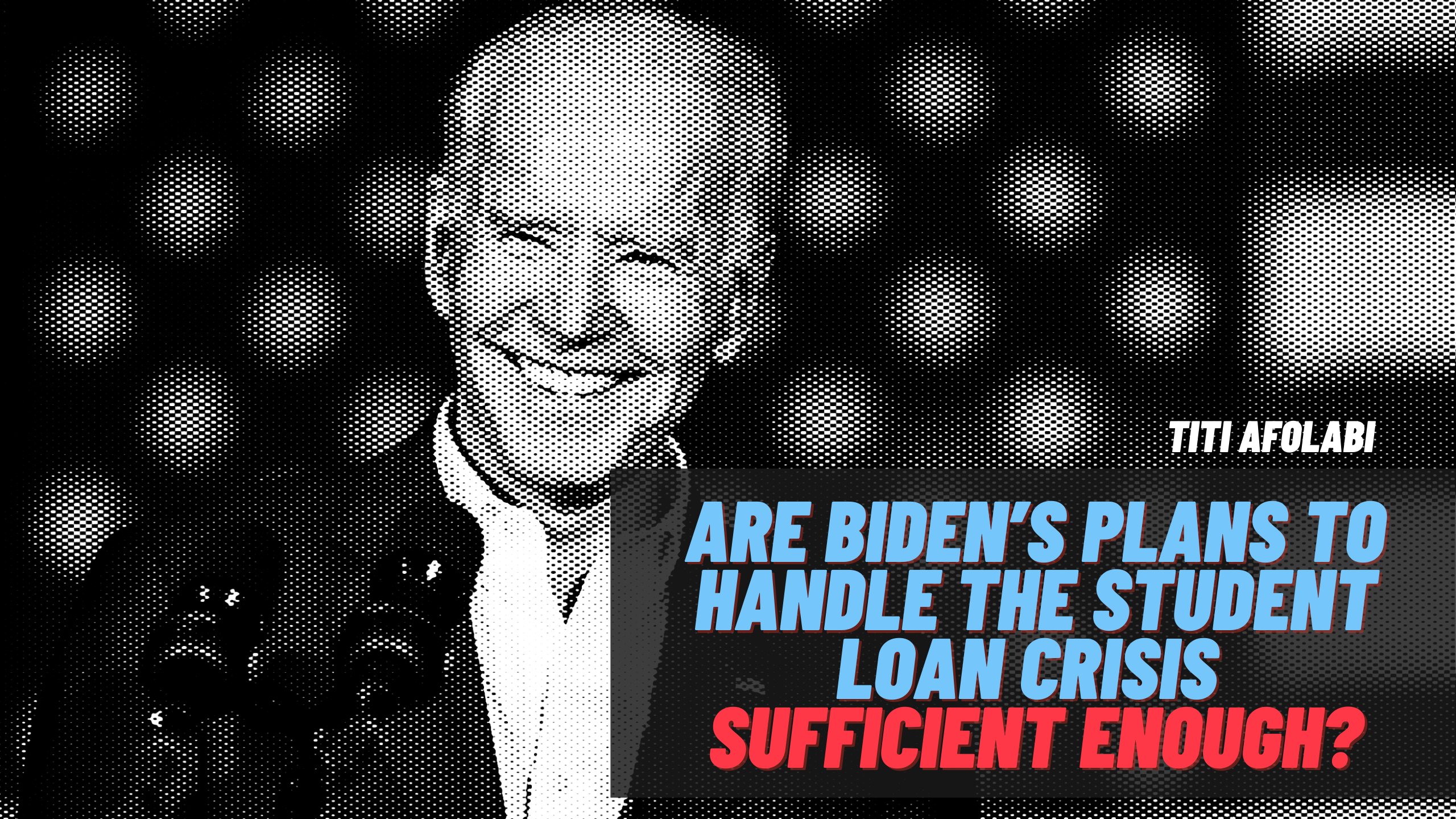 According to the U.S Department of Education, over the past decade, student loan debt has skyrocketed, making it that over 43 million Americans collectively owe the government about 1.6 trillion dollars. However, with this increase in student debt, the debate over the potential for student loan forgiveness or debt cancellation has become a relatively new phenomenon. Over the past few years, progressive democrats have actively been pushing and running on platforms centering debt cancellation and free college while more moderate Democrats and Republicans have called for minor reforms of the current U.S departments policies on the student loan crisis like “income-driven repayment plans.”

Just a couple of weeks ago during a town hall on February 11th with Joe Biden, one young woman broadly asked about whether or not he will cancel up to 50,000 dollars in student debt and he plainly stated, “I will not make that happen” and followed it up by claiming he does not want to forgive debt for borrowers from elite schools. This sparked a great deal of reaction from progressive Democrats in Congress, Senate majority leader Chuck Schumer, and many young college students critical of Biden’s words and actions. Many argued that Biden’s statement perpetuates a narrative that only rich kids go to elite schools and raises questions about why does it matter what school one attends the crisis of student debt is still visibly affecting all students independent of what school they attend.

The progressive wing of the party is pushing that Biden uses an executive order to forgive up to 50,000 student loan forgiveness, especially with the impossible likelihood that a bill proposed by the House and Senate will get passed. Biden on the other hand claims that he would be eager to sign a bill to immediately cancel 10,000 dollars in debt, which would free up many low-income families and students according to White House press secretary Psaki. 10k cancellation could wipe out debt for nearly 15 million borrowers who own 10k or less, however, the majority of student loan borrowers (67%) owe more than 10k according to federal data.